Not even Easter can stop the inexorable march of storage

Put down the chocolate, catch up on the hottest industry news 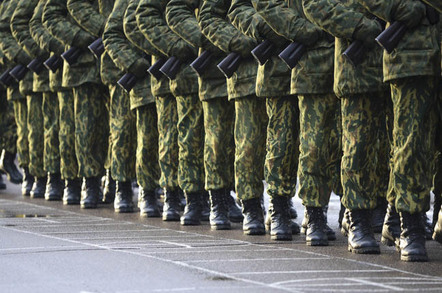 We have a four-day weekend over Easter here in the UK. If you need a storage news hit as a respite from the chocolate-laden glug-fest then dip into the paragraphs below – and enjoy your Easter break.

What's a data engineer? These are the software people who manage Big Data stores which they have designed, built, and integrated from various sources. They also write query code for data scientists to use and are supposed to make their data structure operate nicely.

Databricks stuff is built round Spark and this product is said to be a good way of getting to know Spark. It features:

Databricks for Data Engineering is priced based on data engineering workloads such as ETL and automated jobs ($0.20 per Databricks Unit plus the cost of AWS.)

There is a new Extended ObjectAssure (erasure coding+replication) data protection feature. DDN claims WOS's overhead expenses make the cost of object storage competitive with tape storage alternatives, but without supplying any comparative numbers. We asked but haven't seen any yet.

These WOS data protection and connectivity features will be available this quarter across DDN's WOS product set.

Dedupe to disk backup supplier Exagrid announced record bookings and revenue for the first 2017 quarter. It grew double digits over the same quarter of the prior year and posted a record number of new customer six-figure deals. Exagrid says it is outgrowing the market.

CEO Bill Andrews said: "Over 70 per cent of ExaGrid's newly acquired customers are replacing first generation deduplication approaches from Dell EMC Data Domain, HP StoreOnce, Commvault Deduplication, and the Veritas 5200/5300 series of appliances. These solutions can be cost prohibitive for backup storage and are also slow for backups, restores, and VM boots."

The company says its ingest rate is three times faster, and restores/VM boots are up to ten times faster, than its closest competitor (must be Data Domain surely). Its appliances add compute with capacity, to ensure that the backup window remains fixed in length.

File syncing and sharing storage array supplier Nexsan reports more than 100 installations of its Unity array since it began shipping in September 2016. Unity bookings in the first 2017 quarter have grown 215 per cent over the third 2016 quarter, resulting in several million dollars in total revenue to date. Unity sales are expected to have a significant positive impact on Nexsan's overall business in 2017.

The Unity array combines NAS, block storage, and enterprise file sync-and-share in a single product. Nexsan recently launched Unity in the Japanese market through local resellers and the product is available in the North America, EMEA, and APAC regions.

On a side note we're looking forward very much to a lawsuit between Nexsan and EMC over the Unity product name, which Nexsan introduced in April 2016 and EMC a month later.

Here's a quote from Nexsan's release about its Unity array sales progress:

Nexsan, the Nexsan logo, Connected Data, the Connected Data logo, Transporter, E-Series, NST, AutoMAID, Assureon and Unity are trademarks or registered trademarks of Nexsan Corporation. All other trademarks are property of their respective owners.

On this website you can find EMC listing Unity as its trademark.

Nexsan says its Unity trademark application was filed on 22 March, 2016, and EMC's on 29 April, 2016. If it's right then it has temporal precedence and Dell EMC is in trouble.

HPC scale-out NAS supplier Panasas and axle Video, which supplies storage-agnostic media management software, will be demonstrating Panasas' ActiveStor with DirectFlow for Mac along with the 2017 edition of axle's software. The demo is at the Panasas booth, SL9724, at this year's National Association of Broadcasters (NAB) show in Las Vegas, 24-27 April.

Panasas says ActiveStor with DirectFlow for Mac is a combination of scale-out NAS with a parallel data protocol for Apple Mac systems. Other demo components include a Linux-based encoding server, Adobe Premiere Pro CC and Avid Media Composer. The axle 2017 software runs on a Mac.

Scale has engaged value-added distie CMS Distribution. It will be responsible for selling Scale Computing's HC3 hyperconvergence and virtualization platform, across the UK and Ireland.

It's hoped this will enable Scale Computing to work with new customers across the UK and Ireland helping to expand its presence.

Johan Pellicaan, EMEA VP at Scale, painted the picture in a canned quote. "Mid-size companies look to the channel for advice in finding a solution that fits their requirements and budget. The HC3 platform provides companies with a cost-effective hyperconverged platform that can deliver simplicity, availability and scalability in one single appliance. Having this platform available through CMS vastly increases our reach to mid-sized and enterprise companies in the UK and Ireland."

Pellicaan joined Scale in September last year, coming from Springpath, which is focussing on its Cisco OEM deal and so reduced its EMEA presence.

The storage infrastructure performance validation tool, Load DynamiX Enterprise v5.3, has been announced by VI and it adds:

Nexenta provides a multi-site disaster recovery capability that can back up ZeroStack cloud data.

Another brick in the SW storage wall for Nexenta. ®

Starting small with burst buffers? DDN says it's got an 'entry-level' one

How much? No word yet