Don't want to use Windows 10? Then you don't want any fixes 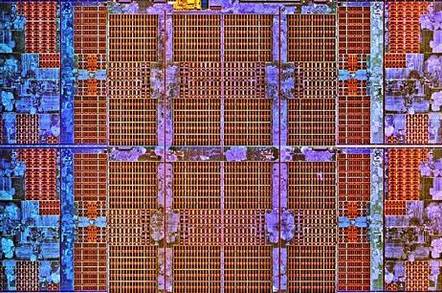 The Redmond giant is no longer serving software fixes to PCs and other systems that run Windows 7 or Windows 8.1 on Intel's fresh new Kaby Lake or AMD's hot-off-the-fab Ryzen chips. Those machines will now be required to update to Windows 10 in order to obtain future improvements. Critical security patches will still be offered for now, though.

Microsoft argues this is all because it can't be bothered supporting the latest silicon, such as Intel's 7th-gen Core series, on anything other than Windows 10. To us, it looks like a convenient way of forcing people onto the newest build of its operating system.

According to the software goliath, the situation is this:

Embarrassingly, Redmond's update code has locked out some sixth-generation AMD Carrizo chips and reportedly some recent-ish Intel CPUs, even though those components are still eligible for bug fixes and tweaks for Windows 7 and 8. Microsoft is working on resolving this, apparently.

The whole policy was enforced from this week onwards, coinciding with Microsoft releasing its badly organized April patch bundle.

Those angry about the new rules can't say they weren't warned. Microsoft announced back in January of 2016 and again in September that seventh-generation Intel and new AMD CPUs would be blocked from running older versions of the operating system.

"As new silicon generations are introduced, they will require the latest Windows platform at that time for support," Microsoft says on an FAQ page for its support lifecycle.

"This enables us to focus on deep integration between Windows and the silicon, while maintaining maximum reliability and compatibility with previous generations of platform and silicon."

The ruling will no doubt irk some users – such as PC gamers – who have until now opted to run Windows 7 on their new machines and prefer the interface of the older OS over that of Windows 10.

For Microsoft, however, the policy will mean fewer headaches for its programmers and less time spent wrangling code to work with various configurations. By making sure all new PCs run Windows 10, Redmond will also be able to further inflate the usage numbers for its latest OS – something that the marketing department will welcome. ®