Just so long as you don't let children anywhere near it 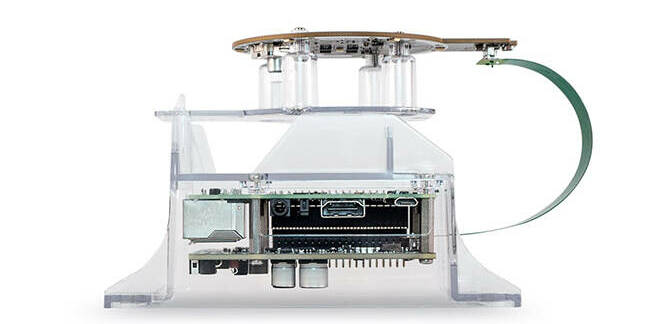 In an effort to cement its position in the voice recognition market, Amazon has opened up its Alexa technology to third parties.

The e-retailer is offering its seven-microphone array and voice processing tech to hardware makers who want to include voice activation in their products, but don't want to spend the enormous time and money required to make their own systems work.

The Alexa Voice Service (AVS) basically adds the Echo/Alexa technology into other people's products, giving it access to Amazon's music, weather, general knowledge, and timer core product as well as the ability to add in third-party "skills" that work with the system and, presumably, the manufacturer's own default settings.

The Echo/Alexa has been an unexpected success for the company, thanks in large part to its accuracy at picking up what people say and responding intelligently. It has led to a rush by other tech companies, including Google, Microsoft and Apple, to incorporate their versions into other products.

Only Google has so far copied Amazon's standalone Echo speakers with its Google Home product, but others are attempting to add their voice recognition and analysis technology (Cortana for Microsoft, Siri for Apple and now Bixby for Samsung) to as much hardware as possible.

Where Amazon continues to stand out in the market, however, is its ability to hear commands and questions from a distance using its far-field 360-degree mic array and voice processing technology. Even Google's Home is inferior in picking up what people say.

Of course this being Amazon, the company intends to keep a pretty firm leash on any companies that decide they want to add Alexa tech to their product.

First Amazon has to accept you: you "request an invite" from Amazon for access and have to tell it who you are, what your product plans are, and what chipset and programming languages you will use.

Then you have to sign up to Amazon's terms and conditions, follow its integration guidelines and then get sign-off from Amazon for any and all marketing materials.

All marketing materials – which include press releases, packaging, retail fixtures, websites, crowdfunding sites, Amazon product detail page content, and videos that reference Amazon Alexa – must be sent to avs-marketing-review@Amazon.com for approval before use. Marketing approvals may take up to 10 business days.

And then there are the kids.

Amazon is very sensitive about its Alexa devices being used by children, mostly because the idea of children being able to access information or order things just by talking out loud is enough to ban them from any family home.

And just to make things real clear: "Do not make any marketing of your device overtly attractive to children (eg, the marketing should not encourage children to ask their parents to purchase your device)."

All that said, it's a smart move on Amazon's part. If it can get third parties to create new devices with its tech hardwired in, it only builds up an ecosystem that strengthens the entire Alexa network – and it does so with other companies' marketing and development dollars.

Amazon is looking for a permanent foothold in what is a blossoming market, and so long as it can rein in its control-freak tendencies, this program might just achieve it. Suck it, Siri. ®