Could 'Frugal 5G' bring broadband Internet to half world's population? 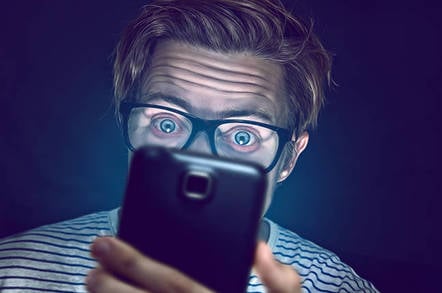 Most work on 5G radio standards is driven by the 3rd Generation Partnership Project* (3GPP) with the IEEE and the Wi-Fi community remaining a separate, and even competing, wireless path.

However, most stakeholders would welcome convergence between the two, and this was once promised as a byproduct of "5G" – through common interconnectivity frameworks and APIs, if not an actual unified physical layer.

The body with the power to drive this type of convergence is the ITU, which later this year will define which standards officially count as IMT - 2020 or 5G. In February, CTOs met to discuss the ITU's 5G programs and make recommendations, which go far beyond the radio, and put forward a top-to-bottom architecture change, together with a redesign of wireless network protocols which would combine cellular and Wi-Fi. They also recommended new technology at DSP (digital signal processor) level to boost performance and new ways to measure and improve quality of service.

These recommendations are potentially game-changing, but the details of potential technologies are very sparse indeed. The ideas will come to nothing if vendors and other stakeholders don't support them in real world technology – in the past, commercial equipment has often not lived up to ITU requirements. But while the ITU's discussions have seen declining levels of participation and, arguably, impact, the body still has a defining role to play.

Once 3GPP has completed the specifications for Release 15, whether in one or two phases, they will be submitted to the ITU as a candidate technology for IMT-2020. In previous eras, there have been other candidates too – CDMA2000 and TD-SCDMA were accepted along with 3GPP's W-CDMA for 3G, while IEEE's WiMAX was accepted as a 4G alternative to LTE.

It is not clear that there will be any other submissions this time around, perhaps because the WiMAX experience demonstrated just how hard it is for an upstart technology to weaken the grip of the 3GPP ecosystem.

The ITU’s core requirements for 5G include:

Four classes of mobility are defined:

More details on IEEE 5G Initiative, but they are still sparse

Wireless Watch have written before about the opportunities for IEEE/Wi-Fi to insert itself into the process, to the benefit of many parts of the industry, given the increasing cross-pollination between the two fields. But the IEEE is lagging behind somewhat – it will only publish its 5G Roadmap in October, at which point the first wave of 3GPP specs will be on the point of being finalized.

And although IEEE has its own 5G Initiative, this does not appear to have substantive cooperations with 3GPP – despite various overtures over the past couple of years – nor to have moved much beyond discussions and concepts. These have a heavy emphasis on the IoT, where the IEEE has the advantage of standards activities in many areas of the value chain, in contrast with 3GPP’s narrower focus.

The Initiative’s co-chair, Ashutosh Dutta, said: “The advancement of 5G technologies requires a great deal of consideration relative to the development of 5G use cases and their context for application throughout the real world. IEEE 5G is able to build upon IEEE work in several key emerging technology initiatives such as IoT, Smart Cities, Smart Materials, and Brain and Digital Senses. Accessing the technical breadth and depth of IEEE, we will help unlock the potential of the broader 5G ecosystem.”

And the other co-chair, Gerhard Fettweis of the technical university of Dresden, stressed that 3GPP standards had not achieved universal connectivity in the way that IEEE technologies could do. He said: “4G, even though very successful, has still not brought broadband Internet to nearly half the world population.”

One of the IEEE approaches to this is labelled "Frugal 5G" - a way to transition from 3G to next generation technologies in a cost-effective and standardized way. Konstantinos Karachalios, managing director of the IEEE Standards Association, said: “For many regions of developing countries, one could use and possibly further adapt specific aspects of 5G that fit their needs and can promote economic development without necessarily implementing the full menu. This would contribute to the idea of an inclusive 5G.”

Like most of the IEEE’s 5G work, however, there are few firm details yet to flesh out these interesting concepts, and the body has given itself a timescale of three years, from the end of 2016, to decide on its "short term" priorities (long term actions have a 10-year deadline).

ZTE let slip some of the details of IEEE work when it released a congratulation statement to its standardization chief, Sun Bo, for his work on 802.11-2016, a wireless LAN standard that ZTE says “will become a component of next-generation 5G communications technologies”. It covers the exchange of information between local and metropolitan area networks, with enhancements to the existing MAC and PHY functions, in order to “provide wireless connectivity for fixed, portable, and moving stations within a local area”.

The official IEEE submission, which TelecomTV journalists probed, says: “This standard also offers regulatory bodies a means of standardizing access to one or more frequency bands for the purpose of local area communication.” The 802.11-2016 is designed to make the standards underpinning Wi-Fi more optimal for IoT applications, to drive convergence and uptake of 802.11ac and 802.11ad, and to ensure that future specs are backwards compatible with current ones.

Other standards which will be rolled up within this new framework spec may be the proposed 802.11az, which will improve positioning accuracy to a few centimetres; and the 802.11ah Halow standard for low power wide area networks in the 900 MHz band. TelecomTV also speculates that another spec on the horizon, 802.11ba, will be part of the "5G" picture.

It uses two separate radios, one to wake up the device and the other to handle the data communication, which can improve latency and power efficiency for IoT applications.

Then, of course, there is the upcoming 802.11ax for very high bandwidth, high density local area communications.

* A collaboration between groups of mega-telco associations across the globe