Hold the pickles, hold the lettuce, crappy ad meant to upset us 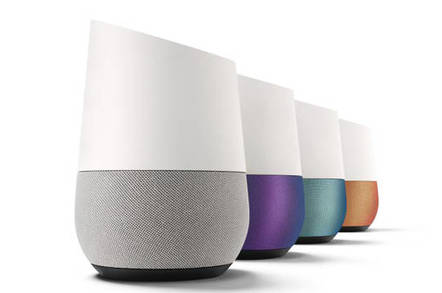 The ad features a bloke in the usual Burger King employee garb holding the chain's signature gut-buster sandwich. Saying the fifteen-second spot will not allow enough time to fully explain the virtues of ground beef inside a bread roll, he instead beckons the camera closer and says "OK Google, what is the Whopper Burger?"

That "OK Google" phrase is supposed to wake up Google Home assistants within listening distance and instruct them to read out info about the grilled patties from the web.

And yeah, yeah, we know, we're probably only helping BK here with its advertising stunt – it knows exactly what it's doing – but come on, it's a corporate giant trying to take over people's personal assistants. It's as gross as its grease-drenched fries.

El Reg asked Google whether it was in on the stunt, but have yet to hear back.

The ad spot harkens to the story of the newscaster who, while covering the plight of a child who had hijacked her parents' Amazon Alexa device, spoke a voice command that likewise made viewers' devices wakeup en masse.

Microsoft inadvertently did the same thing in 2014 when it ran an ad where actor Aaron Paul issued voice commands to his Xbox Kinect and, in the process, caused consoles at home to kick in all on their own.

Fortunately, the BK video thus far has failed to cause widespread havoc for Android devices, as Google's personal assistant feature in mobile phones and tablets is trained for the owner's voice and is not activated by the audio in the video. We played the ad to one of our Android handhelds and it sat there doing nothing. Phew.

Google Home devices, however, do not train themselves to respond to a specific voice and could be susceptible to the stunt, should it run on television rather than the web. ®

Google has, we're told, put a stop to these shenanigans: the burger ad no longer triggers Home devices. It's possible the video may have, earlier in the day, woken up some Android handhelds, but by the time we tested it out, our 'droids weren't having any of it. In any case, the BK stunt has now been stopped dead by Google.

I see you're writing an app... Microsoft nudges AI Clippy-for-Code out the door, turns machine learning onto Word