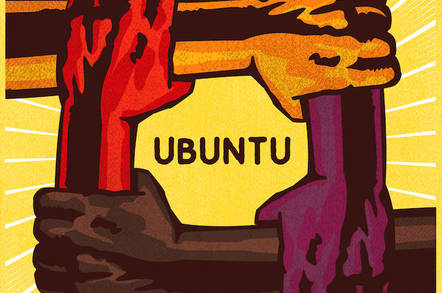 Exclusive More than 80 workers at Ubuntu-maker Canonical are facing the chop as founder Mark Shuttleworth takes back the role of chief executive officer.

The number, revealed today by The Reg, comes as Shuttleworth takes the top role from CEO-of-eight-years Jane Silber, who was previously chief operating officer. Silber, now no longer chief exec, will join Canonical's board of directors.

Amid these changes at the top of the organization, The Reg has learned 31 or more staffers have already left the Linux distro biz ahead of Shuttleworth's rise, with at least 26 others now on formal notice and uncertainty surrounding the remainder. One individual has resigned while others, particularly in parts of the world with more stringent labour laws, such as the UK, are being left in the dark.

The details come after The Reg revealed cuts were looming as part of a commercial get-fit programme instituted by Shuttleworth.

The Canonical founder is cutting numbers after an external assessment of his company by potential new financial backers found overstaffing and projects that lacked focus. Projects have been cut as a result of the restructuring, notably the long-promised but never realised Unity 8 convergence project for device and desktop.

Multiple sources have told the The Register that some staff were bid an immediate goodbye with no forewarning other than our report – they were mostly sent on their way via video calls. It's also claimed internal "town hall" conference calls were held with other staff, warning them of the looming cuts before El Reg broke the news to the world.

A spokesperson for Canonical told The Register these layoffs are being conducted differently across the world because the company operates in various territories with different "regulatory requirements". They acknowledged that this is creating uncertainty for employees.

"In the UK we have started the consultation process with a group which is, as required, substantially wider than our actual expected reduction. This process is to enable individuals and the company to find the right mix of people and the right goals for them, but it creates more uncertainty for a larger group than the process in other countries, which is in most countries materially complete."

Canonical's spokesperson told us the offer of equity was a "long-standing offer" and "not part of any severance offer."

"It is a personal commitment from Mark and is currently in process in the hands of Jane Silber," the rep told us. "Given the global nature of the company, it is not realistic for us to have the necessary structures and contracts in place in less than a week, but they will be established once that work is complete."

According to Canonical it is offering above-standard severance packages in some regions. "In countries with little or no statutory requirement we have offered more time cover in severance, to balance out these discrepancies ourselves," the spokesperson said. ®