'Systemic compensation disparities against women across the entire workforce' 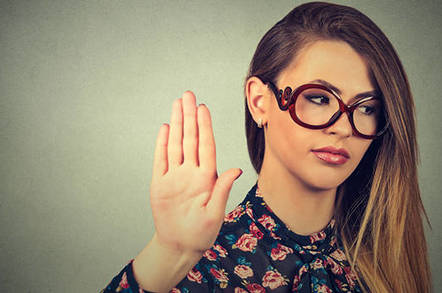 Google is on the defensive after its gender pay equality campaign was panned in court by Uncle Sam.

Janette Wipper, a Department of Labor regional director, said her investigators "found systemic compensation disparities against women pretty much across the entire workforce" within the web ads giant. She was speaking in court on Friday during an ongoing legal battle between the US government and Google.

Those comments drew sharp criticism from the tech goliath, which told The Register the official's comments were "unfounded."

"We vehemently disagree with Ms Wipper's claim. Every year, we do a comprehensive and robust analysis of pay across genders and we have found no gender pay gap," a Google spokesperson said. "Other than making an unfounded statement which we heard for the first time in court, the DoL hasn't provided any data or shared its methodology."

The DoL sued Google earlier this year seeking to get its hands on the details of the Chocolate Factory's salary structure to ensure compliance with federal laws on equal pay. Google countered by claiming not only is it in compliance with the laws, but has closed the pay gap entirely:

Google also pointed us to its re:Work program outlining its equal pay program and advising other companies on how to build similar initiatives.