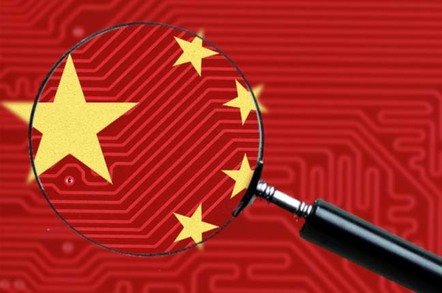 Storage startup Tachyum's co-founder Rado Danilak has blasted out a teaser tech alert saying the US is falling behind China in supercomputing. The implication being, of course, that his startup is coming to the rescue.

The alert claims that the US economy's leadership in the $335bn global semiconductor industry and the $1 trillion market for high-tech products and services powered by these semiconductors is at risk. It frightens us with China's lead in supercomputing, but says Tachyum says not to worry.

Based on new proprietary computational mechanisms, created specifically to unlock the performance of nanometer-size devices, Tachyum will deliver solutions with unprecedented speed, power, and cost to solve the most complex problems in the cloud, big data, deep learning, mobile devices, autonomous systems, and large-scale computing. The impact of Tachyum products will be felt across a broad spectrum of applications and markets.

It says processor chip design has stagnated because it dates to an era when transistors were slow and the wires interconnecting them fast. Now the reverse is true but the design basis has not moved on to reflect that. Danilak says the 10-nanometer transistors in use today are much faster than the wires that connect them and maybe there is a way to exploit such device physics.

Tachyum is unlocking the inherent performance of nanometer-size devices to deliver products that will change its $24bn dollar target market. Tachyum is set to deliver increases of more than 10X in processing performance at fraction of the cost of any competing product. The company intends to release a major announcement within the next month or two.

We had a quick look at recent patents assigned to Danilak and others, but gave up because our heads started hurting – big time.

So we went back to good old intuition, and decided Tachyum certainly isn't building a new processor – that's simply unrealistic. But it has got to be more than a faster SSD. El Reg storge desk believes Tachyum could be building an accelerator card to connect to processors and provide data storage and some processing, a bit like a GPU with data storage. We figure FPGAs and/or ASICs will be involved. And we should know by the end of June if we're right.®

Perfect for the EU's domestic supercomputer... ready by 2020. No really