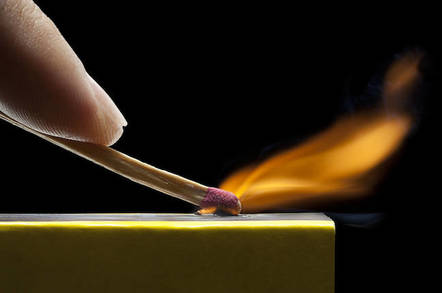 The beleaguered rank-and-file at Fujitsu are downing tools this month over long-running proposals to chop jobs and the pension pot, Unite the union has revealed.

Fujitsu put 1,800 people, or 13 per cent of the UK workforce, at risk of redundancy back in October. Staff will be pushed at different stages of this year and early next, though many remain unaware of their fate.

Unionised workers at Fujitsu have since repeatedly taken industrial action to protest at the cuts, and intervention by ACAS was unable to heal the rift between the company and its employees.

Unite confirmed today that a fresh round of strike dates has been set for 11 sites across the UK, including Manchester, London and Birmingham. Staff will walk out for 24 hours from midnight on 13 and 24 April, and for 48 hours from 20 April.

"The way Fujitsu is treating its workforce and keeping them in the dark over its plans for the future is beyond contempt," said Ian Tonks, Unite national officer for IT.

He pointed out that Fujitsu's UK subsidiary made a profit of £85.6m in 2016, and branded the cost-cutting move "ill-considered". He said that offshoring some roles – as is the plan – "jeopardises the viability" of the existing business.

"This is a workforce that has worked hard to make Fujitsu in the UK highly profitable, yet their reward is job cuts and pension reductions, while the company frustrates Unite's attempt to minimise compulsory redundancies."

Unite said its Fujitsu members are looking for better redundancy terms, deployment efforts and "meaningful" consultation; a restoration of the 15 per cent retrospective cut in pensions for staff aged 60 and over; for Fujitsu to become a living wage accredited employer; and recognition of Unite (only 1,200 UK staff at the company are currently members).