Friends, we have a real treat for you. A roundup of this week's stunning enterprise storage news

The Friday fun has just begun 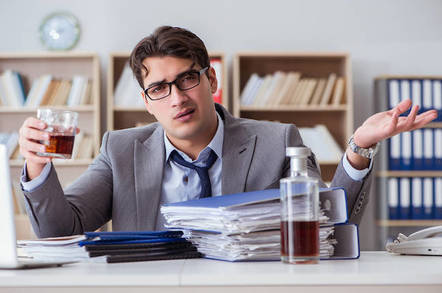 A heady flight of storage and server news was served to our enterprise news desk this week. Here’s a selection...

Acronis released a ransomware survey conducted in the US, UK, Australia, Germany, France and Japan. The results showed most users were completely unaware of the threat posed by ransomware attacks, and how to prepare for them. That’s not so good for suppliers selling anti-ransomware product, obviously. Acronis says ransomware criminals are expected to extort $5bn this year so – obviously again – you need to back up your data, and guess who can help? Yep; Acronis.

It can back up any number of Windows and Linux Amazon Elastic Compute Cloud (EC2) instances, and use AWS as a backup target for applications running on any cloud or object storage-based platform. There’s a wide range of APIs to enable in-cloud backup and file-level and application backup. Once you’ve bought it, CTERA says you can be up and running with five mouse clicks via support for AWS CloudFormation deployment templates.

It globally dedupes and compresses backups at the source for protection in an Amazon Virtual Private Cloud (VPC), across AWS Availability Zones, and across cloud providers. We’re told it can use information lifecycle tools from Amazon Simple Storage Service (Amazon S3) to place backup data on Amazon’s S3 Standard – Infrequent Access tier (Standard – IA), where storage is priced as low as $0.0125/GB/month.

Rack-scale NVMe-over-fabrics all-flash array startup E8 has decided to use HGST Ultrastar SN200 NVMe SSDs, with up to 153TB in its 2U enclosure. The SN200 is a dual-ported SFF 2.5-inch drive, with up to 7.68TB capacity.

Fujitsu has a new server, said to be its smallest ever. The Primergy TX1320 M3 has a small tower cabinet and can sit on a desktop or bookshelf. 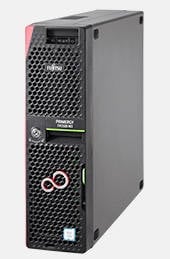 It is one of Fujitsu’s updated mono-socket server line, with the others being the TX1310 and TX1330 towers and RS1330 rack server, all of them suffixed -M3n and being an update on the previous M2 generation products, with newer Xeon processors.

The TX1320 M3 and other M3 models are shipping and prices vary by region, model and configuration.

IDC says that, according to its Worldwide Quarterly Cloud IT Infrastructure Tracker, vendor revenue from sales of infrastructure products (server, storage, and Ethernet switch) for cloud IT, including public and private cloud, grew by 9.2 per cent year-over-year to $32.6 billion in 2016, with vendor revenue for the fourth quarter (4Q16) growing at 7.3 per cent to $9.2 billion.

The top five vendors were Dell, HPE/HC3, Cisco and Huawei, with IBM, Lenovo and NetApp tied for fifth place. 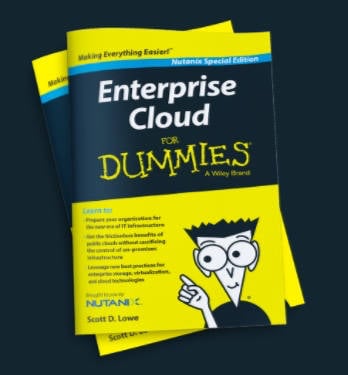 Nutanix has sponsored an Enterprise Cloud for Dummies book. If you really really need to read it you can find it on the Nutanix web site.

If you want to know how to access a web site we have a Web Site Access for Dummies Book. And for those of you with limited perspicacity, knowledge and nous, but who can just about read, we have, as a special offer, a What is a Dummy for Dummies book in large print format with lots of pictures.

The company has offices in Italy, Switzerland and Romania.

The two say they have dedicated infrastructure in 4 locations – Silicon Valley, New York, Amsterdam and Tokyo – deployed via API, web portal or common integrations tools like Terraform or Ansible. There are hourly and monthly billing options and licensing, networking and all hardware are configured automatically.

Find out more here and get a $50 credit.