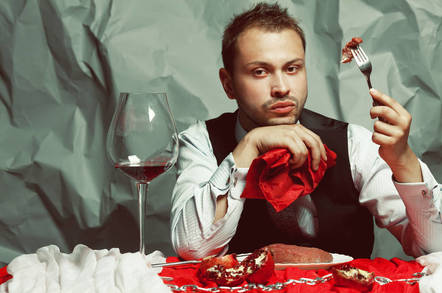 Imagine this: You’re trapped on a desert island. You’ve eaten nothing for 20 days and as you grow increasingly delirious, your friend who is also stuck in this godforsaken place begins to look appetizing... which part of the body should you eat first?

According to a bizarre paper published in Scientific Reports, consuming body fat will give you the most calories. But the thighs are a good option too – much better than the brain, torso or liver.

Dr James Cole, a senior lecturer in archaeology at The University of Brighton in the UK, studied the nutritional value of human cannibalism by measuring the levels of fat and muscle in four adult male corpses. To convert this into calories, Cole used the ratio conversion 4:4:9, where 1 gram of protein or carbohydrate equals 4 calories and 1 gram of fat equals 9 calories.

Don’t worry, there is scientific merit behind this investigation. By analyzing the nutritional value of human bodies, it could help answer the question of why our ancestors, Homo habilis, were motivated to consume one another during the Paleolithic era, which began 2.6 million years ago.

“I was really interested to see if the same complex range of motivations present in Homo sapiens populations (even today) surrounding cannibalism could have been present in the populations of our human ancestors (like the Neanderthals)," Dr Cole told The Register.

"Although not conclusive, I think this study certainly highlights that social reasons may have driven at least some acts of cannibalism over the need for calories.

“I think rather than ritualistic, it would be better to say social or cultural reasons. In terms of the most nutritious part of the human body it would probably be our muscle tissue and associated fat so if you had to choose, the thigh would be a good bet I think. However, I hope that no ever has to resort to cannibalism when stuck on a desert island.”

In his paper, Dr Cole adds:

In modern humans, the motivations for cannibalism have been related to any combination of the following: survival; psychotic or criminal; aggressive; spiritual or ritual; gastronomic or dietary; and medicinal. 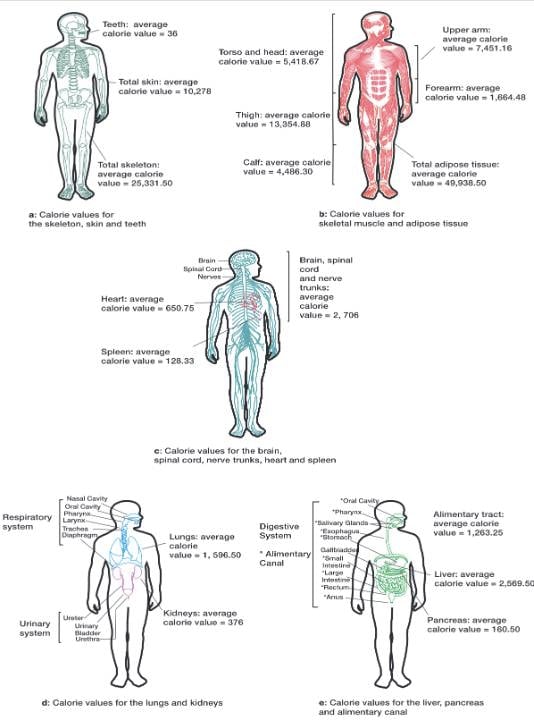 A more detailed table of the results can be found here.

Humans fall within the expected range of calories for animals with similar average body weights, Cole concludes. But compared to other animals commonly hunted for meat – such as mammoths, bisons, cattle or horses – humans are significantly lower in caloric value.

Evidence for human cannibalism is rare. But visible signs have been found of teeth marks on gnawed bones, skinning, butchered tendon joints where flesh was removed, and cracks where bone marrow was sucked dry.

The earliest evidence for the consumption of human flesh was found in a cave in the Atapuerca Mountains, Spain, where our ancestors – the homo sapiens antecessor – lived up to 800,000 years ago.

Other horrifying scraps have been found in Gough’s Cave, a large limestone cave in Cheddar Gorge in the UK, dating back to the Paleolithic era.

“We know that modern humans have a range of complex motivations for cannibalism that extend from ritual, aggressive, and survival to dietary reasons. Why then would a species such as the Neanderthals, who seem to have had varying attitudes to the burial and treatment of their dead, not have an equally complex attitude towards cannibalism?” Cole asked. ®

Likely not cannibalism issue, as knifemarks not near the meat. Er, OK

Competition Share your joke TV show idea in the comments

Weird behaviour never before seen in our Milky Way