Twitter's motto: If at first you screwed developers over, try, try again, eh? 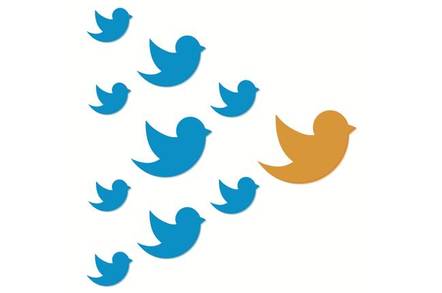 After taking developers for a ride and then repeatedly driving into a ditch, Twitter has a new destination in mind and has produced a roadmap to reassure those who haven't already leapt out the door.

The turmoil-prone, cash-burning, executive-churning social media biz on Thursday said it will unify its API platform, combining its enterprise and consumer-grade APIs under a tiered pricing model, and will offer new data and marketing services.

By combining the two, Twitter is offering developers more control over costs and allowing startups to test Twitter-dependent products without committing to costly enterprise data contracts.

"The Gnip APIs provide deeper access to public data from the Firehose and greater functionality than the standard REST and streaming APIs, but have a price point that is often out of range for developers just starting to scale their businesses," said Twitter developer advocate Andy Piper in a blog post.

The changes, coming later this year, will be part of a "new developer experience" that Piper characterizes as "a massive new engineering and product investment in the future of the Twitter API platform, and in our developer ecosystem."

As a first step, Twitter has introduced an Account Activity API, which offers programmatic access to real-time events associated with one's own account(s), and Direct Message API endpoints, which enable programmatic interactions with Direct Messages.

The company also updated its Automation rules, which affect the 29 to 48 million active Twitter accounts out of 319 million (as of Q4 2016) that are estimated to be bots [PDF].

Some developers may need more, however, to convince them that Twitter has mended its ways. "Who really trusts Twitter at this point for anything developer related?" asked someone posting to Hacker News under the handle "cocktailpeanuts."

In October 2015, at the company's second Twitter Flight mobile developer conference, company cofounder and CEO Jack Dorsey sought to reset the company's famously rocky relationship with developers. Three years earlier, Twitter had abruptly changed the terms under which developers could interact with the Twitter platform, alienating many developers in the process.

Then in 2016, Twitter decided not to hold its developer conference. In January 2017, the company decided to sell its Fabric mobile SDK to Google. Adding further uncertainty, the following month Twitter reported a 2016 loss of $457 million [PDF].

This new vision for the Twitter platform represents a massive new engineering and product investment in the future of the platform, and in our developer ecosystem. It is based directly on extensive feedback we've received from our global community that we have worked closely with through initiatives like our #HelloWorld tours and Developer Community Program. We see a huge opportunity in enabling companies like SproutSocial and LikeFolio to continue building successful business solutions on the Twitter platform, and providing tools like our new DM APIs that allow companies like United to harness the power of Twitter to create delightful customer experiences. Aligning the platform around developers needs and doubling down on Twitter's unique strengths is ultimately good for anyone building on our platform, and we couldn't be more excited about its future.

Piper, it may be noted, chose to respond to the doubts raised on Hacker News without actually addressing why developers should trust Twitter. After thanking the person posting for the feedback and asking which APIs are a mess, he offered a remark so anodyne it would fit into a corporate press release: "I'm personally really excited about this, and this is probably the most cohesive a strategy I've seen for the API platform. We're very focused on fundamentals right now." ®