Armed with $90m, Cohesity is coming to declutter the data centre

Yet another huge funding round for secondary storage startup 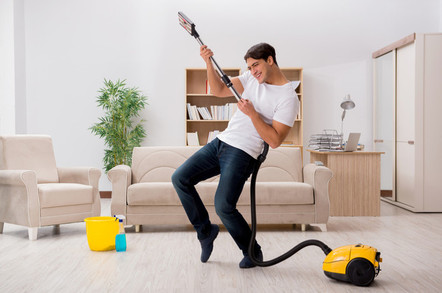 Secondary storage-consolidating startup Cohesity has notched up a $90m cash infusion in a third funding round. Is this a new storage unicorn, with a $1bn valuation?

Founder and CEO Mohit Aron said: "This round was more than two times oversubscribed, but we capped it at the amount needed to safely grow the business to become cash flow positive. We look forward to bringing hyperconverged secondary storage to many more companies around the globe this year."

Cohesity said its decision to seek additional funding was driven by a rapid uptick in customer demand for its secondary storage platform, covering on-premises and the public cloud, which launched over a year ago.

The VCs must, we think, be impressed with Cohesity's product development, customer growth rate and cash burn to pour in such a large amount. Who are they?

What's got them all so fired up?

The VCs see vast amounts of unstructured data flowing into multiple silos in businesses, creating a complex mess to operate, provision and manage. Cohesity's software, marketed as hyperconverged, clears the mess up and simplifies its management.

This could be a seductive sell to customers feeling overwhelmed with data and cluttered up with storage silos. Cohesity gives them a broom cupboard clean-up.

As Cohesity product use spreads, it creates a growing problem for other storage suppliers, as a Cohesity customer will buy less kit overall.

As evidence for this, consider what James Oryszczyn, director of security and network services at Quarles & Brady LLP, says. "We have more than 100 applications in our environment, mostly focused on content and document management. Before Cohesity, data protection was fragmented across legacy backup, primary storage snapshots and replication, with long backup windows and difficult restores... We're... looking at consolidating our files on Cohesity, and migrating all our SQL database protection to Cohesity with self-service access for our DBAs."

Other storage suppliers to Quarles & Brady better get a Plan B formulated.

GV general partner Karim Faris offered a canned quote: "Cohesity's ability to consolidate diverse secondary storage workloads... represents a fundamental shift in the way that companies manage and store data. Customers are demanding that their data protection systems do more than simple backup in a world with an increasing volume of use cases for their data."

Gaurav Garg, founding partner at Wing Venture Capital and a Cohesity board member offered: "We're thrilled by the stellar progress that Cohesity has been making." Thrilled enough to open its wallet, that's for sure.

Bill Coughran, a partner at Sequoia Capital and Cohesity board member, said: "Hyperconverged secondary storage is now a must-have for enterprise companies. Cohesity [is] managing all of their data in a single platform. Market interest is driving this round of funding, which will be used to help us meet the accelerating demand."

The cash will be used to expand Cohesity's worldwide sales and marketing footprint – get your CVs in ASAP – and to boost research and development of additional secondary storage use cases beyond data protection, with a special focus on analytics, test/dev, file services and object services.

Cohesity has just announced v4.0 of its product. Cohesity DataPlatform 4.0 and DataProtect 4.0 bring more data formats and infrastructures, including object storage (via S3 support) and network-attached storage (NAS), on to its platform. DataProtect 4.0 includes NAS backups, and more features for virtual and physical server backups. It also has erasure coding, which provides an up to 43 per cent improvement in usable capacity over replication.

The VCs think Cohesity has great prospects and, if those are fulfilled, the company will cause declining sales elsewhere in the storage industry. If we see a steep growth curve in revenues continuing at Cohesity then we know pain is coming. What's good for a storage declutterer is not good for the clutterees. ®