Focus will be on Europe, US 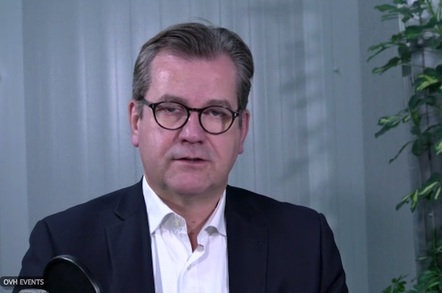 Allard said OVH will continue to use OpenStack for its public cloud offering so has no need to offer vCloud Air in public mode. The soon-to-be former VMware service wasn't a hit as public cloud. VMware did offer an on-demand service, but put far more effort into selling longer subscriptions. OVH backing away from on-demand vCloud Air is not surprising, but does put a final nail in the tale of VMware's public cloud ambitions.

Allard and Basso also said the deal will see the VMware operations people who run vCloud Air join OVH. Head count was not discussed and both execs pointedly declined to discuss how much money has changed hands as a result of the deal.

OVH thinks the deal will accelerate its growth: Allard said it would be the harbinger of “new services in terms of migration and management of hybridity”.

The two execs tried to paint the change of ownership as not-very-jarring, pointing out that the two companies have worked together for years, share R&D around how to run VMware at scale, generally get along very well and expect long commitments to make vCloud Air work, and to ensure OVH can keep offering a fine service for those seeking general VMware hosting. Allard said OVH is close to an official announcement that it has adopted VMware's Cloud Foundation, which will be a nice proof point of the promised commitment.

The Register has also learned that the deal excludes Australia and New Zealand. vCloud Air customers in the two nations will remain VMware customers. Which seems a little odd given OVH just opened in Australia.

We've also asked whether vCloud Air's Japanese operations are part of the deal, whether VMware's Horizon-as-a-service has gone to OVH and what happens to AirWatch-as-a-service. We will bring you any information as it arrives. ®