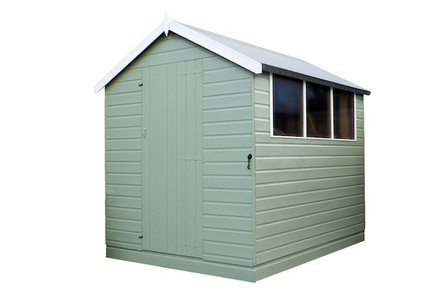 Sort of the opposite of bringing its Exadata cloud service on-premises, Oracle is taking its ZFS on-premises kit up into its public cloud.

Larrysco marketing talk says this eliminates "the need for external cloud gateways and avoiding the costs of software licenses and cloud access licenses – AKA 'cloud entrance taxes' – charged by legacy on-premises vendors for the right to access the public cloud." It says it is bringing its public cloud and ZFS Appliance together in a co-engineered pair of products.

As Oracle says, the ZFS Storage Appliance is the storage foundation for Oracle Public Cloud – so the co-engineering is no big deal.

Oracle claims modern applications can access data both in the on-premises ZFS Storage Appliances and its Storage Cloud with no app changes. It makes a great long list of things customers can use this ZFS cloud storage for:

Oracle claims its new dedupe and compression data reduction technology reduces the backup storage footprint by up to 9x and bandwidth demands by up to 4x. That will be welcome as many ZFS-using suppliers, such as Nexenta, have replaced the original native ZFS data reduction tech.

The hybrid cloud is an idea adopted by virtually all on-premises server and storage array vendors. Generally it's an Amazon public cloud accessed through Amazon's S3 protocol. But links are also being made to Microsoft's Azure and, lagging the field, Google's cloud.

For example, NetApp has publicised its Data Fabric idea in which on-premises and public cloud NetApp storage is a single entity with data moving between the two as appropriate. For example on-premises arrays can back up data to the Amazon and Azure clouds.

When on-premises suppliers link to Amazon they use its S3 protocol, and this is becoming so popular that it is starting to appear as an on-premises access protocol as well; for example with certain object storage products.

What Oracle is doing is different.

It is linking its on-premises ZFS appliance with its own ZFS-based storage in its own Oracle public cloud, not Amazon, Azure or Google. The ZFS data remains in Oracle-controlled facilities all the time and Oracle does not cede control to any public cloud provider with this latest announcement.

What we imagine Oracle would like to see happen is that its database customers, who use competitors' on-premises arrays and are moving data to Amazon, Azure or Google from them, start to use Oracle's public cloud instead because, it would argue, it's less costly and the on-premises-public cloud integration is much better.

Customers who have experienced Oracle's forceful approach to pricing may feel that to cede even more control over data placement to Oracle could be a bad idea. Keeping data in competing public clouds could help make Oracle play nice and prevent it raising prices once customers have no exit from the walled hybrid garden Oracle is building.

With all this in mind, current ZFS Storage Appliance customers might well expect contact from Oracle's channel to talk about Oracle Storage Cloud integration.

Check out Oracle Cloud Storage here and have a look at Oracle’s info on the ZFS Storage Appliance here. ®