Ubuntu 17.04 beta FACT: It's what's on the inside that matters, not looks 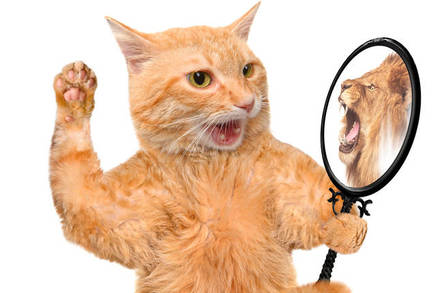 Unity is almost entirely the same with some minor updates for a few core apps. Most of what's new comes from the move to GNOME 3.24 for a few apps and core components.

Looks it’s said are not as important as what’s inside that counts, and with the 17.04 beta it couldn’t be more true. Under the hood of his software update there's enough new stuff that to make the final version well worth the update.

With 17.04 Ubuntu's Software Center gains some new powers, thanks to the underlying GNOME Software apps' new support for Snap URLs. The URL support means that if you'd like to tell someone to install a Snap application you can simply give them a URL. That makes sharing Snap applications considerably easier.

When you click a new Snap URL the Ubuntu Software app will open and offer to install the application, mirroring what happens if you link to a regular Ubuntu repo app. The only real difference is the protocol in use - for Ubuntu repos you'll still use the apt: prefix. For Snap packages there's a new snap: protocol.

It's a small change - and one that comes from upstream GNOME - but it helps bring Snap packages to near complete feature parity with the installation process Ubuntu users are accustomed to. With 17.04 there will be no discernible difference between Snap and traditional application installs, though of course the tightly sandboxed nature of Snap apps does mean there are other limitations in some cases.

At the moment Snaps seem best suited for smaller apps that don't need a lot of outside libraries (which can cause sandboxing issues), while the repos remain the best way to get bigger, more complex apps.

For example if you want the latest version of Firefox Developer Edition - which is updated every night - the Snap package is the best bet. If you need LibreOffice, stick with the version in the Ubuntu repos.

As noted, the perennially not-quite-ready Unity 8 is still, well, not quite ready. That doesn't mean you can't install and try it out though and in fact, once it's installed Unity 8 in 17.04 is the most stable version I've tested. That's still not saying much - application crashes are still frequent and known issues abound - but it does seem to show that Canonical is still hard at work on Unity 8.

While Unity 7 gets mostly bug fixes and security updates in this release, there are some noteworthy updates from upstream. Most of the underlying GNOME apps have been updated to the GNOME 3.24 version. The exceptions to that are Files (Nautilus) and Terminal, which are still stuck at GNOME 3.20. No faster file searches or advanced filtering option for you Ubuntu. Ubuntu will, however, get some of the updates that came along for Calendar and Maps (though the latter is not installed by default in Ubuntu).

Another change worth noting that's coming in Ubuntu 17.04 is the disappearance of the swap partition from default installs. Yes, Ubuntu is dropping swap partitions in favour of swap files that generally use far less disk space and depending somewhat on the use case, may be faster. If you opt to encrypt via LVM, you'll still need a swap partition, but if you stick with the installer defaults you'll get a swap file. In most cases this will probably be completely transparent, though there's a detailed explanation of the change from one of the developers working on it if you'd like to learn more.

Other changes include the removal of gconf. Once the go-to means of customizing your Ubuntu/Unity experience, it's long since been surpassed by gsettings, though until now it has been hanging around by default.

The stars have truly aligned to get Ubuntu 17.04 the shiny new Linux kernel 4.10. This release has the usual slew of updated hardware support and compatibility, but it also has some impressive improvements to power consumption in laptops. I've been using 4.10 for some time (in Arch) and have found that I get at least about 5 percent more out of my battery than I did with 4.9. Whether or not that translates directly to a default Ubuntu install is nearly impossible to say - I've only tested the beta in a virtual machine - but one can hope.

Part of the reason I've only tested 17.04 in a virtual machine is that I've found this beta release to be a bit unstable in the virtual machine. Sometimes that can be due to installing in a VM, but this one has been unstable enough to stop me from going further.

For that reason, unless you have a really good reason to install it, I'd suggest waiting a for the bugs to get fixed and the final version polished up a bit more before taking the leap to 17.04. The final release will be along April 13. ®