Alabama man gets electrocuted after sleeping with iPhone

No, not that way 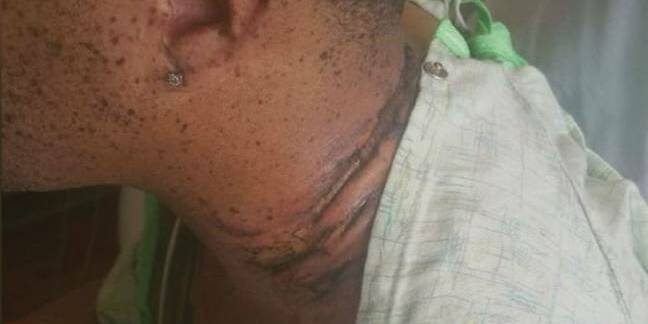 An iPhone user is trying to raise awareness about the dangers of sleeping with your electronics after nearly getting electrocuted in the night.

Wiley Day, 32, from Huntsville, Alabama, fell asleep with his iPhone charging on the sheet beside him. A few hours later he woke up in agony with bands of pain around his neck and the smell of burning flesh.

Day hadn't gotten an iPhone with a dodgy battery. Instead, the dogtags he had been wearing had fallen into a gap between the charger plug and an extension cable, touched the metal prongs, and sent 110 volts through his neck.

The shock threw Day off the bed and he managed to break the chain with his hands. But the experience left him with second and third-degree burns on his neck and hands and doctors say he could have been killed.

"He is lucky to be alive," said Dr Benjamin Fail, who treated Day. "Electrocution kills."

Day spent three days in the hospital before being released. He says he now wants to raise awareness that people shouldn't sleep with their electronics in the bed beside them.

"Charge your phone away from you," he said. "Charge it the next day. It's not worth your life." ®