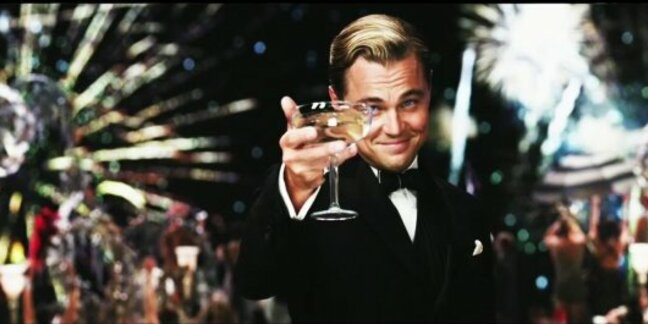 Franken-firm DXC Technology, the corporate mash-up between CSC and HPE Enterprise Services that was brought to life today, has urged staff to turn up to work in fancy dress, or at least corporate colours, to celebrate the launch.

Memos - seen by us - were sent to staff of the new company at the end of last week, listing all of the exciting activities awaiting them in what promised to be a fun-packed eight-hour extravaganza.

“You are encouraged to wear black-and-white attire, and don’t feel embarrassed if you would like to come in fancy dress, a zebra perhaps or a Dalmation [sic]?[sic] There will be a prize for the best dressed black and whiter!”

Over in Bracknell, now-ex HPE ESers were to expect a “floor walk” by company royalty from the mid-morning onwards. Victoria Wakely, who was a senior sales leader at CSC, was to “meet and get to know employees".

“Be ready to welcome Victoria and chat to her about what you do!” a memo to staff warned.

“Brand ambassadors” will “distribute DXC branded merchandise during the day”, including notepads, pens or, er, mug. Only one piece per person. Further, the branbassadors will “stage photo opportunities” because “Nick [Wilson, UK boss] is looking for a photo from all sites”. New human dartboard covers?

For those that didn’t get enough of Victoria in her first tour of duty, from 1pm there is an opportunity to “gather” for an “employee briefing”.

At 2pm, Victoria will stage another “employee briefing where we will watch a video message from Nick Wilson, Mike Lawrie (CEO), a brand video AND there’ll be a live link to the New York Stock Exchange at 2.30pm to see in the official launch of DXC”.

Lawrie will no doubt be in exuberant mood, he could make up to $44m from the spin merger.

For anyone that can stand the unending merriment, at 2.40pm, “we will be serving branded cupcakes for all”. Presumably that’ll be one each too.

A similar agenda was awaiting staff at other sites across the UK including London, Aldershot, Banbury, Chesterfield, etc, etc. Staff will have been met with balloons at the office cubicles, again, black and white. If nothing else, DXC is consistent in its naffness.

All this enforced frivolity is in stark contrast to rather darker activity at both CSC and HPE ES in the past five years in which thousands of UK staff were given the heave-ho.

CSC was recently criticised by MPs for its never-ending cost cutting, and is currently going through another round, with 1,101 people put at risk in Britain in January.

HPE ES, which was accused by unions of being addicted to axing jobs, has planned to offshore 60 per cent of its labour to parts of the world where average wages are lower. It too was cutting heads in recent times.

Some staff told us they were going dressed to work in all black, one said the memo “shows an astonishing lack of awareness by senior management about the state of morale in the company”.

Another said: “There are many jokes along the lines of 'if i had a penny for every time an executive says they are excited then i would have enough for a bigger pay rise than I've had for years.'

"Oh how we laugh, like a drain. Eeyore would fit in well here; Marvin the Paranoid Android left as it was too grim.” ®