Snakes and bats cause more blackouts than criminal haxors

The rogue forklift is mightier than the keyboard, says Australian report 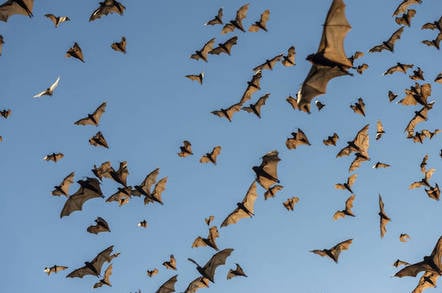 Flying foxes caused "weeks" of blackouts in one NSW town

Blackouts in Australia can be caused by snakes, birds, bats, and cats, but precious few by Russian hackers.

Ever since South Australia's 2016 megastorm, “energy security” has been a political catch-phrase (usually meaning “anything but renewables”), so the report caught Vulture South's attention.

Eaton's estimate for average business losses caused when five system faults triggered a statewide shutdown is AU$10,000, and only 12 percent of businesses had a backup generator available.

Eaton also notes that re-entering lost data takes “days or weeks” (so back up your data, people, and test the backups to make sure they restore), and according to PwC, “90 percent of companies that experience a computer disaster and don't have a survival plan go out of business within 18 months”.

It doesn't even need to be a big “system dark” event, the report says, relating that a momentary brownout at Melbourne's Tullamarine Airport in November grounded airlines by upsetting their IT systems, and therefore made a mess of air traffic.

Cyber-attacks get no mention whatever in the report, but the five “most unusual” causes of blackouts in 2016 are amusing:

Nearly three million people in Australia and New Zealand were affected by 257 blackouts in 2016, the report says (only 12 of which were in South Australia, to put that state's political debate in context). Most outages last a little over an hour.

Where the cause of an outage is known, the most common reasons for a blackout are (in order) weather, equipment failure or human error, and vehicle accidents. None of the blackouts were attributed to “the wind didn't blow”.

'Limited assurance' that there is no risk to national security