US ATM fraud surges despite EMV

Best educate yourself about what you can do 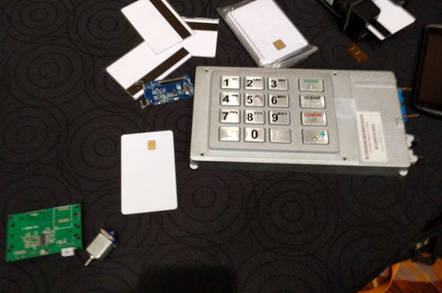 Improved technologies in the banking sector have failed to stem the rising tide of fraud in the US, according to a study by analytic software firm FICO.

The US's belated move to EMV (Europay, MasterCard and Visa) chip-equipped cards hasn't curtailed fraud as much as many had hoped, based on the successful rollout of the technology years ago across Europe.

The number of payment cards compromised at US ATMs and merchants rose 70 per cent last year. Compromises of ATMs and merchant devices in the US rose 30 percent, following a six-fold (546 per cent) increase from 2014 to 2015.

"As the last few years have proven, skimming technology and knowhow have improved and are more accessible to the general population, so we will continue to see increases in compromises and the speed at which they occur," said TJ Horan, vice president of fraud solutions at FICO.

FICO works with banks and card issuers around the world to identify fraud trends and curtail card fraud. FICO's Card Alert Service monitors hundreds of thousands of ATMs and other readers in the US.

More details on trends in ATM and point of sale fraud – together with top tips on how to avoid becoming a victim of fraud – can be found in a blog post by FICO here. ®