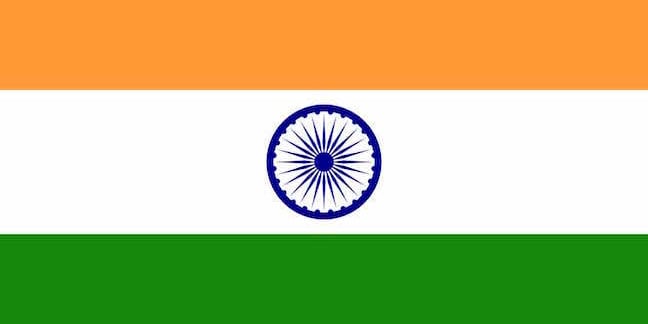 Just shy of one-third of IBM's global workforce is now based in India and Bangladesh, a leaked internal blog has indicated.

World+dog was aware that Big Blue has spent years offshoring roles. El Reg previously revealed the firm planned to employ eight in ten services personnel in lower-cost locations by the end of 2017.

IBM has always refused to provide a breakdown of country-specific staffing numbers, but TJ Shembekar, IBM CIO director for Global HR, released the exact figures this week for one geography.

He wrote to staff in a piece entitled "Travel@IBM is flying high this month" to inform them that more heads had switched to Concur, an expenses management and travel booking system.

"This morning we went live in India and Bangladesh, our largest wave deployment to date! Travel@IBM is now supporting an additional 122,000 IBMers, bringing the total number to over 285,000, across 48 countries," Shembekar stated.

IBM has a little less than 380,000 employees globally, so roughly 32 per cent are based in just two countries. The company has been careful in the past to keep such things under wraps from staff.

"[This] is the number that they [IBM] have not wanted to give out and have been attempting to hide, that India is by far the largest IBM employer in the world by a factor of almost two," an insider told us.

"And of course, the WASP IBM exec board reflects that diversity doesn't it. LOL," our contact added.

So far this year, IBM has introduced wave after wave of redundancies in the UK, and this week kicked off one in the US.

A crackdown on remote workers Stateside was also perceived by some to be a way to reduce staffing numbers: IBM gave workers 30 days to relocate to one of six major hubs across the US or quit.

IBM wanted workers to work "shoulder to shoulder", but continues to promote the benefits of teleworking to customers.

An IBM spokeswoman said: "We don't break out employee numbers by country." ®

It's up to you but the fluffy stuff is awesome, beams guidance

Tata Consultancy Services tells staff to go to their rooms and stay there, even after the pandemic passes

India's grip on offshoring eases ever so slightly

Your job could still go to Poland or the Philippines