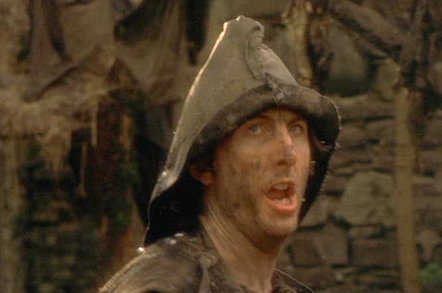 After years of lobbying by computer science luminaries, Bell Labs and Alcatel-Lucent (both owned by Nokia) have relented and will allow non-commercial study of the source code for Unix Research Editions 8, 9, and 10.

It might sound like merely a historical artifact, but it's more than that. Unix source is an important computer science teaching tool, and has been ever since its earliest days.

The joint statement by Alcatel-Lucent USA and Nokia Bell Laboratories makes it clear this isn't "open-sourcing the source code." Rather, it's a promise not to assert "copyright rights with respect to any non-commercial copying, distribution, performance, display or creation of derivative works of Research Unix Editions 8, 9, and 10."

In other words, Comp Sci departments and others around the world can work with a newer Unix than 6.0, which legendary Australian teacher John Lions* released from its commercial chains by printing it out, with his commentary.

Greek computer science academic Diomidis Spinellis writes that the editions being freed up (a little) by the decision is important, because of the firsts that arrived in these editions: "streams inter-process communication, graphics terminals and the associated Sam text editor, network filesystems, and graphics typesetting tools."

The Unix Heritage Society is hosting the three editions here. TUHS's Warren Toomey announced the good news at the society's mailing list, sparking an immediate search by others for machines it would run on.

There's some good news on that score as well, since MIT's Computer Science and Artificial Intelligence Laboratory hosts emulators, as noted by TUHS's Jason Stevens in this message.

Spinellis credits "Dennis Ritchie (who's no longer with us), Ken Thompson, Doug McIlroy, Brian Kernighan, Rob Pike, Russ Cox, Norman Wilson, Peter Salus, and Martin Carroll" for their work bringing the code out into the light. ®

John Lions' work is the stuff of Unix folklore. The University of New South Wales lecturer put together his famous Commentary on Unix 6th Edition with Source Code as courseware for his students, and after Bell Labs forbade the academic distribution of source code, the book circulated as photocopies.

It wasn't until 1996 that SCO, which acquired the rights to the code, allowed the book to be published again.