All the more reason to reject new_position_offer.docx 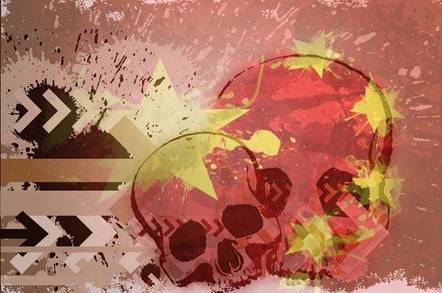 Recruiters are known to be a bit of a pain in the ASCII in the tech world – but how about these ones: bogus headhunters attempting to infect GitHub-using software developers.

The miscreants have harvested email addresses for active GitHub accounts, and spammed the inboxes with booby-trapped job offers. These malicious messages attempt to trick the mark into running an attached Dimnie trojan – which itself isn't new: a quick search shows the malware has been in antivirus signature databases at least as far back as 2015. For example, here's Trend's write up about the Windows software nasty. It can be remotely controlled, allowing its masterminds to hijack infected PCs and install extra modules that can snoop on users, steal information, and so on.

Palo Alto Networks, which this week documented the malicious recruitment mails, said samples of the trojan it has seen date back to 2014. There's been little attention on Dimnie in the English-speaking world: it was previously thrown at victims in Russia, and it is fairly stealthy. It's managed to stay under the radar for the past few years.

Since the start of 2017, GitHub developers have been getting messages along the lines of “hi there, love your code, we have an opportunity for you!” that are accompanied by a poisoned Word file to open.

Opening this file triggers a macro that runs PowerShell scripts to download and run the Dimnie executable, and that's what got the researchers' attention. The binary contacts a central command server using a HTTP GET Proxy request, as outlined in RFC2616. This camouflages its connection: it appears to be reaching out to the now defunct toolbarqueries.google.com but it's actually talking to 176.9.81.4, which has nothing to do with Google.

Similarly, when phoning home data from the victim's computer, Dimnie sends legit-looking HTTP POST requests to gmail.com, which are actually going to its masterminds' backend servers.

"The global reach of the January 2017 campaign which we analyzed is a marked departure from previous Dimnie targeting tactics," noted Palo's Brandon Levene, Dominik Reichel and Esmid Idrizovic. "Multiple factors have contributed to Dimnie’s relatively long-lived existence. By masking upload and download network traffic as innocuous user activity, Dimnie has taken advantage of defenders’ assumptions about what normal traffic looks like." ®