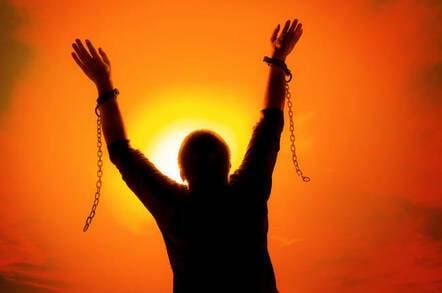 The US Department of Commerce has scrapped trade restrictions that left Chinese tech monster ZTE unable to import components from America.

The DoC said in a Wednesday entry to its Federal Register that it would be taking the network hardware vendor off its Entity List and would end the export controls that have been in place since March of last year, after ZTE was accused of illegally selling equipment to Iran and North Korea.

Last month, ZTE agreed to end that case by taking a plea deal and paying a fine of $892m for violating US trade sanctions.

"In light of the recent settlement of administrative and criminal enforcement actions against ZTE Corporation and ZTE Kangxun, the EndUser Review Committee has determined that these two persons being removed have performed their undertakings to the US government in a timely manner and have otherwise cooperated with the US government in resolving the matter which led to the two entities' listing," the notice reads.

ZTE had been accused of selling network and telco equipment to both Iran and North Korea – in violation of US trade sanctions – then trying to cover their tracks by routing the deals through its Chinese subsidiaries.

With the sanctions lifted, ZTE will once again be able to do business with companies within the States, a move the company hopes will help turn around the plunging profits that have forced it to lay off thousands of workers.

Not everyone involved in the incident is getting off the list, however. Former CEO Shi Lirong, who oversaw the scheme, will be added individually to the restricted list with limits on business he can conduct from China. ®

Three no Trump: China says it's 'open' to giving Qualcomm-NXP wedding its blessing