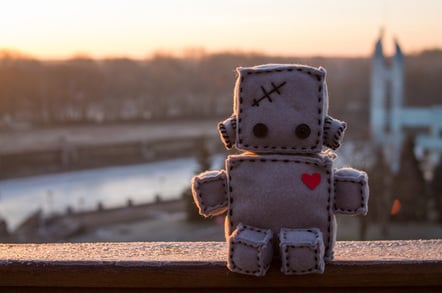 A pair of primary school girls from Hertfordshire will represent the UK in the World Robotics Championships finals next month – if they meet their crowdfunding target.

Emily Duffy, nine, and Beth Thomas, eight, both from Holy Family School in Welwyn Garden City hope their scratch-built robot Roy will help them scoop the Champions of the World title in April’s championships, due to be held in the US.

According to the Welwyn and Hatfield Times, the girls’ parents are trying to raise £5,000 to cover their travel costs to and from America along with their $850 entry fees.

Emily’s dad Andrew, who is head of design and technology at the Henrietta Barnet School, told the paper: “Emily and Beth will be the youngest competitors there by some way but it is a fantastic opportunity to expose them to this new and emerging technology.”

“The tournaments consist of skills challenges which involve manually operating the robot in a grid area,” he added, “as well as automatically programming it so it picks up three, three-inch balls, shooting them into a scoring zone, as well as manoeuvring up a ramp in a timed challenge.”

The VEX Robotics competition’s website can be found here, and the team’s Just Giving page is here. Innovate UK, the government-backed grants agency, has also sponsored the team, according to its Twitter feed. Both the girls’ dads run the Twitter feed for them.

Wow, what a great event! Delighted to win the Amaze award at Highgate today! A fantastic day had by all! pic.twitter.com/quI3RBZpIw