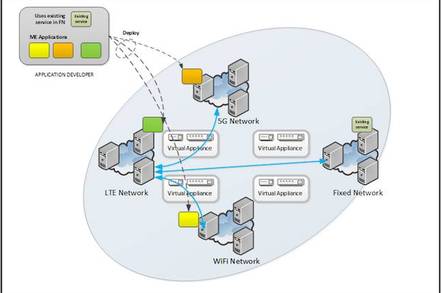 It's more than just the mobile edge, so the MEC's taken on a new name and brief

The basic brief of the Industry Specification Group (ISG) was to shepherd the transformation of mobile base stations from monolithic radio sets into computers in their own right.

It published its first proofs-of-concept in 2015, followed by foundation specifications in April 2016.

That effort seems to have schooled the ISG that its work stretched beyond mobile base stations – hence new name.

The group's announcement says its “future work will take into account heterogeneous networks using LTE™, 5G, fixed and WiFi technologies. Additional features of the current work include developer-friendly and standard APIs, standards-based interfaces among multi-access hosts and an alignment with NFV architecture.”

The kinds of capabilities the MEC highlights are support for various virtualization technologies, giving applications the ability to discover other applications and services, and API, management interface and orchestrator standardisation.

Earlier this month, the group appointed HPE's Alex Reznik as chair, with Pekka Kuure from Nokia and Sami Kekki from Huawei added as vice chairs alongside Vodafone's Adrian Neal. ®

Have enterprise networking portfolio, will travel