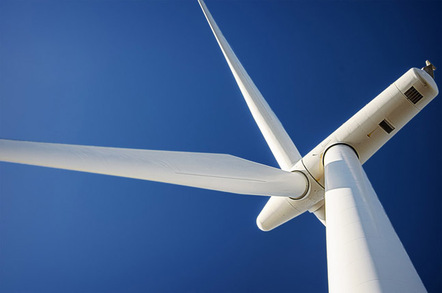 Something good is going to come out of last year's “Black System” in the Australian State of South Australia: the global wind power industry has learned how to do better modelling for systems under attack from repeated failures.

South Australia last year experienced a vicious storm that uprooted high-voltage power and blew with sufficient intensity that wind turbine operators shut down their plant to protect them from damage.

That shutdown led local politicians to use a "wind can't be relied on" argument.

But as we've previously reported, the “ride-through” settings of some of the turbines attached to South Australia's grid simply weren't known to the Australian Energy Market Operator (AEMO) until the lights went out.

The combination of undocumented features and control settings particular to the turbines meant while the turbines were able to ride through individual outages on the whole grid, multiple disturbances triggered the incorrect setting, the Black System and a political storm about energy policy.

The report was endorsed (PDF) by the Manitoba-HVDC Research Center, hired to provide a review of the AEMO's report on the blackouts.

The Research Center's people note that “the protection feature resulting in sustained power reduction of wind turbines is not generally implemented in simulation models provided to clients. Even if this feature was present, it is not customary to study multiple faults as occurred in the actual event.”

Re-modelling to take protection features into account during “multiple fault” events, the Manitoba report says, “is beneficial not only to AEMO but to the global wind industry in general.”

One important new capability the AEMO wants is for “synthetic inertia” to make up for the falling amount of thermal generation in the system.

The amount of spinning metal in a thermal power plant provides an important system protection feature, and its loss has to be compensated for. This can be achieved by having wind turbine inverters respond to phase changes in the system, and as a system recovers, by exploiting the inertia in the turbine blades (for the trade-off of temporarily reduced output).

The AEMO makes several proposals to deal with this: the operator will consider mandating “must run” generators, and suggests investigating “synchronous condensers … if the thermal generation dispatch is expected to be low”.

It's possible that frequency management services could be spun out into a separate market, to encourage generator owners of all technologies to bid to provide stabilisation services. ®

As South Australia blacked out, PM's office was told renewable power was not to blame

18 seconds that blacked out South Australia

Comment Listen to PM Malcolm Turnbull, Australia - if you want your electricity to be like his NBN

Software glitch, not wind farms, blacked out 60,000 in South Australia