Oracle doing due diligence on Accenture. Yep, you read that right 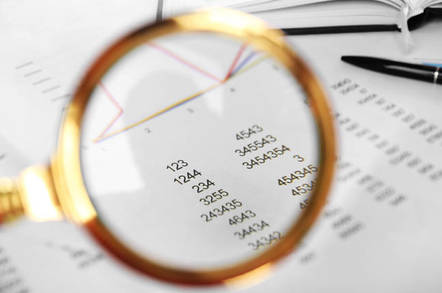 Exclusive Oracle has hired global specialists to explore the feasibility of buying multi-billion dollar consultancy Accenture, sources have told us.

The database giant has engaged a team of consultants to conduct due diligence to “explore the synergies that could be created if they [Oracle] bought Accenture lock stock and barrel,” one source claimed.

On top of the financial considerations, the consultants are evaluating the pros and cons including the potential impact on Oracle's wider channel.

“While these things have a habit of fizzling out there are some fairly serious players around the table,” a contact added.

Another claimed the process was at an early stage. "If buying Accenture was a 100 metre race, Oracle is at the 10 to 15 metre stage now".

Oracle and Accenture have a long history of working together, and almost two years ago launched a business group with the aim of converting more customers from old world technology to web services.

Under this agreement, customers are offered pre-integrated tech and services; cloud readiness assessments and data migration; and vertical “solutions” and extensions to reduce the need for customisation. At launch, the pair had a combined 52,000 Oracle consultants and 20,000 Java pros.

Oracle has made all new software releases available in the cloud first, but rather than relying on external businesses to provide consultancy and professional services to convince customers to make the complex move into cloud, it would have ample muscle internally.

Nevertheless, this buy would be an immensely bold, complicated and pricey move: NYSE-listed Accenture has a market cap of $77.5bn, and shareholders will expect a premium offer.

A deal would dwarf Oracle's $10bn buy of PeopleSoft, its $7.4bn deal for Sun Microsystems, and more recently, the $9.3bn splashed on Netsuite.

Buying Netsuite swelled Oracle's cloud sales according to the latest set of quarterly numbers (Q3) but the company needs to boost organic cloud numbers to offset declines in the traditional licensing business.

As of Q1 of Oracle's fiscal '17 that started in September, the company had cash reserves of $68.4bn.

Accenture, which could widen Oracle's relevance at a time when world + dog is talking about digital transformation, jumped into the cloud in a big way last year when it slurped Cloud Sherpas for a reported $350m to $400m.

In its most recent quarter, Accenture reported sales of $8.3bn, up over six per cent year-on-year and operating income of $1.14bn, up five per cent. Growth forecasts were lower than analysts' estimated and so the share price has dipped by almost six per cent in the past five days.

The global SI works with a bunch of Oracle competitors including IBM, SAP and Salesforce. Becoming part of the software giant would at the very least unsettle those relationships, but more likely destroy them.

In buying Accenture, Oracle would be taking a leaf out of the mid-noughties handbook - when HP fatefully bought EDS and IBM acquired PWC to carve out a brighter future.

EDS became HP Enterprise Services and was considered to be a failed acquisition - like many acquisitions are. IBM is currently putting its services staff through the mill as it seeks to cut costs by offshoring roles to lower cost areas. Outsourcing less fashionable in the era of the cloud.

Accenture was not aware of the exercise being run... at least not until now.