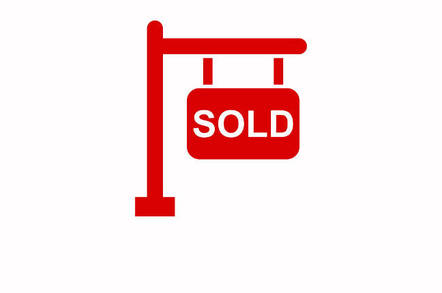 Exclusive Systemax has offloaded almost all of its Misco-branded European reseller operations to Hilco Capital, a buyer of distressed firms that will add the failing tech supplier to a basket that already contains HMV and Staples, multiple sources have told The Reg.

An agreement was reached on Friday that comprises entities trading as Misco in the UK, the Netherlands, Italy, Spain and Sweden. The largest and most profitable operation in the group, in France, was excluded from the transaction, sources claimed.

One person familiar with the situation said a formal announcement of the deal is imminent. Debt restructuring is thought to be involved in the financial make-up of the deal but sources were not clear on the details.

Hilco Capital, which has completed more than 100 transactions, including buying 20th century music retailer HMV from administration in 2013, and stationery chain Staples, will have its work cut out with Misco.

Misco was once a slick, telesales-based IT reseller that was slugging it out in the low margin, high volume market tech sales sector. Senior management belatedly saw the limited shelf life in that business about five years ago and decided to shift from tin to services. That move turned out to be easier said than done and the pivot saw the firm start to come apart at the seams.

Systemax has struggled in Europe and elsewhere. The NYSE-listed company had extensive operations in North America and was busy closing retails stores, shuttering its PC production line and selling the technology reseller subsidiary NATG on to PCM at a loss. Today, Systemax in the US consists on the Industrial Products Group which sells air conditioning units, office stationery and the like.

Back in Europe, Pim Dale, the ex-Dell exec that was charged with turning Misco into a rival to services-based reseller Computacenter, found that he was unable to spin up the services business fast enough to offset declines in traditional resales markets, and left the organisation.

He was replaced by former Insight EMEA operations chief Simon Taylor, but Taylor was unable to turn around the fortunes of Misco and he left the business in December 2016, months after he’d sold the German subsidiary to CANCOM.

Misco, outside of France, has been seen by some in the industry as a busted flush. So it will be interesting to see what value Hilco Capital feels can be derived from the organisation, or how it can convince more staff not to follow colleagues out of the door. Or will it just break up the remaining parts, cut costs and strip the assets?

Updated at 9.50 GMT to add: Systemax confirmed this morning that it had "executed a definitive agreement with a management team backed by Hilco Capital Limited ("Hilco") to sell all of its unprofitable European Technology Products Group businesses".

It added: "Systemax will retain its highly profitable operations in France."

CEO Larry Reinhold said: "Our France business, which was our largest operation in Europe, is highly successful and has historically operated largely autonomously from our other European operations. It is a well-managed and valuable asset with leading market share, double digit revenue growth and strong bottom-line performance. We believe that we have found a good home for our former colleagues in Europe.

"We thank them for their efforts and wish them the best of luck in their future endeavors."

The businesses were sold on a cash-free, debt-free basis. Systemax said it would provide transition services to Hilco for a "limited period of time". We are told that the business will be run by Alan Cantwell of turnaround firm MBI.

But weren't sales sliding before the EU referendum? Yes, they were

Assets of US and Canada tech products group sold, rest to be shuttered