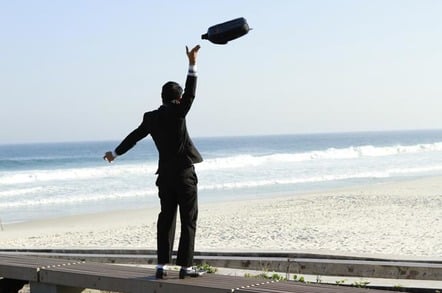 The absorption of Alternative, bought for £165m in December, was detailed in a memo this week by Daisy CEO Neil Muller, who said the process had taken longer than hoped.

Quartermaine had been made MD of Daisy Corporate Services (DCS) following closure of the acquisition, but he has “decided to leave the business,” said Muller. In turn, former Avaya UK boss Steve Rafferty has been hired to fill the position “with immediate effect”. Rafterty was previously at BT and SCC.

In a past life, Quartermaine was head of Azzurri. He also ran Capita IT Services and Juniper UK before he legged it to Alternative Networks.

The Daisy Worldwide team - which provides services for large corporate customers - is merging with Daisy Partner Services, the area of the business that delivers tech services on behalf of resellers that don’t have their own capability. Mark Duckmanton will head up this business, reporting to Ian Roberts, who previously led the Partner Services unit.

The leadership of the SMB businesses of retail, distribution and wholesale will remain unchanged, Muller stated in the memo.

Remember that Phoenix IT Group fiasco? No? Oh, good

'When the curtain falls, the actors should leave the stage' ... or somfink

Daisy Group offers to gobble Phoenix IT Group for £133m

Daisy Group: so long AIM, it's been emotional, sort of

Daisy Group: Yep, we're gonna eat you all up, Phoenix IT Group