Pure Silicon Valley: Medium asks $5 a month for absolutely nothing

Think of it as being your own mini-VC without shares 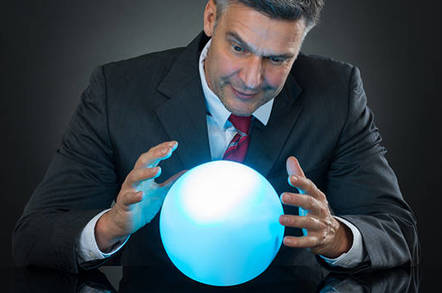 Analysis Silicon Valley prides itself on disrupting industries – but it has bitten off more than it can chew by trying to take on an already highly competitive market suffering from major money woes.

Fancy blog platform Medium has been burning through VC money at the rate of $50m a year trying to take on the world of publishers. It has certainly succeeded in getting hits – at least within the confines of the Bay Area, where it has become the go-to site for tech musings written by unpaid people who can't be bothered to set up their own blogs. It claims 60 million monthly readers.

But the site has yet to show a cent in revenue and having publicly decried the use of ads to fund itself, it's in a bit of a tight spot. The solution? A Guardian-style membership scheme. For just $5 a month you can become a Medium member!

Before you rush to hand over your money, however, you may want to consider what you get for that $60 a year: absolutely nothing.

It's safe to say that the pitch to VCs – who have given the website $132m in the past three years – must have been better than the one given to readers for becoming a member.

"We started Medium in 2012 to create a better place to find and share important ideas that deserve to be heard," it begins. "Since then, over seven million stories have been published on Medium, influencing hundreds of millions of readers. But today, the precariousness of our media ecosystem has never been more obvious – nor has our need for depth, truth-seeking, and understanding."

That laughing you can hear? That is every publisher and journalist since the dawn of time.

Get with the program

By insisting on standing outside the traditional publishing industry, the folks at Medium seem to have failed to notice that there is actually a degree of understanding about the future of journalism emerging.

The idea of quantity over quality is long gone. There was a period when more stories equaled more hits equaled more income, but that has long since passed. There are only two games in town right now, and they both require quality and originality of content combined with intelligent curation and editing. In other words, journalism.

There is the ad-funded model, like El Reg: we produce words that people want to read, and we let vendors run adverts alongside them. In our case it works due to a number of factors: we cover a specific niche; we dig in a little deeper; we tend to know what we're talking about; we're independently owned and thus have no corporate investors to please; and we are irreverent. Millions of readers like it. And companies like our readers.

And there is the subscription model, like The New York Times, Financial Times, Washington Post, et al. These are big respected names with huge resources that have hit on a specific model: offer a few free articles a month and then prompt for subscription. It has finally started working after a decade of hard times.

In part thanks to the election of Donald Trump, these news organizations have seen their subscriber levels jump and they are even tentatively looking at hiring more people after years of layoffs. Much more interestingly, it seems that, psychologically, people are getting used to the idea again of paying for content. It's like a switch. And once you pay for Netflix, Spotify and Amazon Prime, it seems perfectly reasonable to pay for quality news.

Both of these models share a key feature: they hire and pay professional journalists to produce content. Because journalism, like any other profession, requires a certain set of skills.

Medium doesn't fit in this world in any way. It has rejected the ad model, and it can't afford to do the subscription model because no one is going to pay to get access to what are basically people's blog posts – the vast majority of which are, let's be honest, pretty terrible.

The majority of those people provide their work for free, and although there are persistent rumors that Medium pays its biggest-hitting writers, the company has remained extremely tight-lipped about it and apparently even makes writers it pays sign non-disclosure agreements. Not exactly an open door to professional freelance journalists.

When those unpaid writers find that the 100 people that used to read their posts has fallen to five thanks to a paywall, they aren't going to write anything else. And then the whole site dies.

Medium is already on the back foot: in January it laid off 50 people – about a third of its staff. Its CEO Ev Williams said the company was looking for a "new model."

And that now appears to be a "come on, be nice" membership model that The Guardian has pushed for several months with terrible results.

In fact, The Guardian is a useful case-in-point: it was probably the first big publisher to go big on the internet. And it reaped the benefits – for nearly a decade. Readership rocketed. It pioneered some forms of online journalism. It still has the best smartphone app, hands down, of any newspaper. But the money did not come in.

The Guardian grew so attached to the international eyeballs that free content provided that it failed to realize when it was time to turn that into revenue. Even now, for some unfathomable reason, it is persisting on asking for "contributions" rather than cutting off access if people's don't pay. On its news app, if offers a $2.99-a-month subscriber option and a $6.99-a-month "supporter" option. Neither is needed to see the content.

Its approach? "If you use it, if you like it, then why not pay for it? It's only fair." But as the old adage goes, life isn't fair. Just this week, The Guardian announced yet another round of layoffs following big cuts last year. It is burning through money – and its stockpile of funds built up over the last century is rapidly diminishing.

Here's the thing though: The Guardian is an internationally recognized newspaper with hundreds of journalists; Medium isn't. And for your $6.99 a month, you actually get something: all ads are removed, you get occasional premium material, crosswords, access to a 200-year archive of news – and if you are in London, tickets to events where interesting people speak.

Medium is offering literally nothing beyond promises:

We can pretty much guarantee Medium that no one outside a few over-paid techies living in SoMa or Palo Alto is going to think that represents good value for $5 a month. The whole idea is doomed to failure.

So what are its options? It can try the Forbes route where it is more open about how it will pay contributors – according to the hits they produce. But Forbes has massive brand awareness, which makes that work. It's also worth noting that its credibility has been taking a hit for some time over the junk journalism that a hit-based reward model encourages.

And there is the Business Insider model, where you literally sell yourself to companies. We predict this will end in misery sooner rather than later if a recent article is anything to go by. The headline: "This bathrobe is so popular there's a 2,000-person waitlist for it."

It is every bit as bad as you might expect, and while Business Insider notes that it itself "gets a share of the revenue from your purchase," it doesn't note that the headline is ridiculous. We checked it out: there is no waitlist.

Medium's CEO Ev Williams has specifically ruled out this kind of corporate whoring and the new membership page argues that people need to sign up in order to "deliver the right type of content: the type that can only be created when independent writers and publishers are rewarded based on value rather than clicks."

What else can Medium do? Well, a smart move would be to start offering above-market freelance rates so professional journalists are drawn to the site. It could then adopt a Forbes+ model where it uses people's competitive spirits to pitch amateur writers against professional journalists and offer them rewards – a combination of money and status – to encourage quality.

But it would still need a revenue model that works. And that has to be either ad-based or subscription. So, Mr Williams, pick one and build your strategy around it. And do it fast before the money runs out: your days of VC-funded fun are over. ®