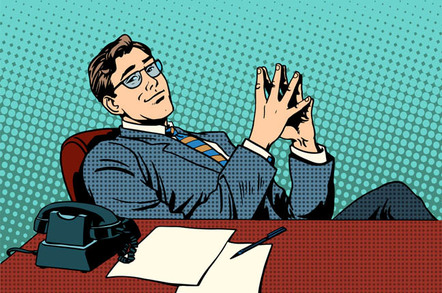 In a letter to the workforce, LBG group CIO Morteza Mahjour said there were changes across five areas of the function that reported to him, including the Chief Operating Office (COO), Architecture Methodology & Innovation, Commercial CIO and Group Operations, and Functions and Enterprise (GOFE) CIO teams.

“These changes will result in a net reduction of 113 roles across group IT. This is inclusive of 24 new roles which will be created across our teams,” said Mahjour in the memo seen by us.

So effectively 137 IT people will be given the heave-ho.

Within the COO, Lloyds will be “transferring some of our business management services to a single strategic partner,” Mahjour stated. He said this will “transform” device delivery in a "standardised, automated and efficient manner”, the CIO added. The net reduction here will be 70.

The Register exclusively revealed in January the bank was talking to IBM about offloading its data centres and future management.

The Architecture Methodology & Innovation unit will move to a “software engineering services model, consolidate teams and enhance the testing area”. Two roles will be made redundant here on a net basis.

Mahjour said a “simplified operating structure” in the GOFE CIO and Commercial CIO units will result in the “removal of some roles and non-strategic capabilities”. Thirty-six net roles will be extinguished from the teams.

Volunteers will be sought before compulsory redundancies are introduced and four positions will go through “natural attrition”. Unite and Accord unions have been briefed about the changes.

“This is a difficult decision which forms part of our wider strategy and I do not take it lightly. It is critically important that our leadership team entire that our group IT business set up is simple, efficient and even more responsive to the needs of our customers for the future.”

Responsive isn’t the word that springs to mind when customers were trying to check their bank balances back in January, and were failing miserably, possibly because Lloyds had been targeted in a DDoS attack.

Across the whole organisation, group director of operations Karin Cook confirmed in a separate memo, seen by us, that 650 people across the business will be made redundant and 357 roles created, leaving net reduction at 293.

The Commercial Banking Client Delivery, Global Payments, and Retail Customer Delivery teams will be impacted, in addition to IT.