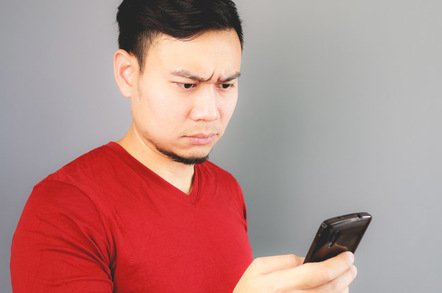 Vodafone has admitted that the commercial launch of its Narrowband Internet of Things (NB-IoT) network in Ireland and the Netherlands has been delayed by a whole season.

As spotted by industry news website Light Reading, Voda’s rollout of NB-IoT in the two countries has been pushed back until “summer” in spite of enthusiastic press releases last October promising commercial deployment “in the first three months of 2017”.

The company told The Register by email: “NB-IoT networks are currently being successfully trialled in both the Netherlands and Ireland and they are anticipating full commercial launches in the summer of 2017. In Spain, NB-IoT is commercially available in six cities with new ones being added every few weeks.”

It had not responded to questions about NB-IoT’s commercial deployment in Germany, as promised in October, by the time of publication.

Vodafone told Light Reading: “The launch of NB-IoT in each market is as much about when our customers are ready as when the network is available,” which suggests that market demand for NB-IoT in Ireland and the Netherlands was low. This is an ominous sign as the entire technology industry, from giant chipmaker ARM to multi-billion dollar corporations such as HPE, puts the Internet of Things at the core of corporate strategies. In the main, this move seems to be based on fantastical predictions of billions of IoT devices being deployed in a few years from now.

Although NB-IoT got a lot of publicity last year, chiefly driven by the 3GPP standards body freezing the spec in its LTE Release 13, medium-sized mobile network operators in EMEA seem to be lukewarm about adopting it. While Vodafone has gone full throttle on NB-IoT adoption, along with hardware maker Huawei, other carriers such as AT&T, Verizon and Orange have hedged their bets by adopting competing Internet of Things connectivity technologies such as LTE-M or LoRaWAN.

Even Jersey Telecom (aka JT), whose regular reminders that they’re also a Tier-1 MNO are rarely missed, has adopted LoRaWAN instead of NB-IoT while denying that this was a move towards exclusivity. ®