Decapitating Rockall: How a 1970s Navy expedition blasted the top off the Atlantic islet 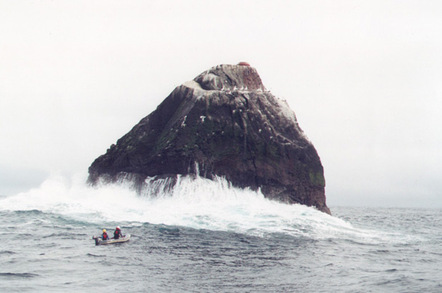 Pics The Ministry of Defence sent an expedition to Rockall in 1971 to blast the top off the Atlantic islet, a newly released report has revealed.

The expedition, code-named Operation Top Hat, was dispatched “to lay a flat surface on top of Rockall so that an all round visual light could be erected in the future,” according to a Royal Navy report of the time.

Sailing aboard the supply ship RFA Engadine, the expedition – consisting of a troop of Royal Engineers from 39 Regt under the command of Captain T.R. Kirkpatrick RE, two Westland Wessex Mark V helicopters from the Fleet Air Arm’s 846 Naval Air Squadron, led by Lieutenant Commander Neil Foster, and civilians from the Institute of Geological Sciences – departed from the UK mainland on 7 June 1971.

Arriving two days later at the remote Atlantic islet, some 460 km (290 miles) west of Great Britain, the expedition got down to work. Both helicopters were airborne within two hours of Engadine’s arrival, inspecting the islet and the task ahead of the Royal Engineers.

The basic plan was to plant explosives at the tip of Rockall and blow it off. To do this, the engineers themselves had to be flown across to Rockall along with their equipment – no easy feat in “marginal” weather, which consisted of constant winds from the north through to the east, in the main, along with a “moderate” sea swell, which made landing and taking off from Engadine harder. The winds had picked up to a force 8 gale by 9 June, as the RN report noted. 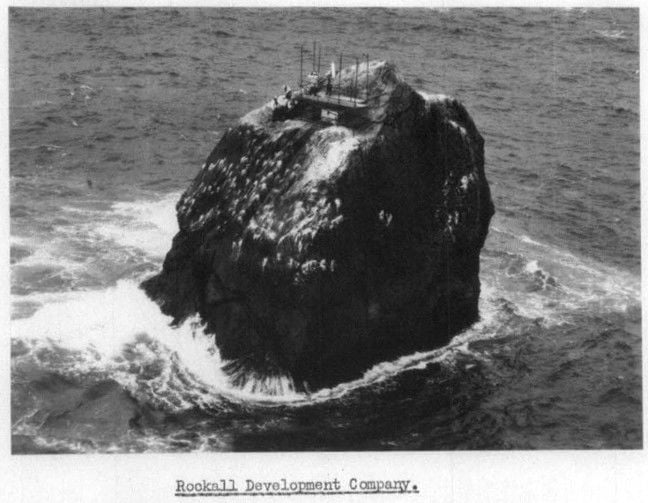 The soldiers were landed on Hall’s Ledge, the flattest part of Rockall over on its western side. From this 11ft-by-4ft area, the Royal Engineers set to work, drilling into the solid rock and inserting enough explosives to remove its top five feet. The newly developed technique was known as “precision pre-splitting”.

Once the explosives had been set, the helicopters recovered the personnel and equipment and Engadine fell back to a safe distance. At precisely 3.15pm on 13 June 1971, the detonators fired. 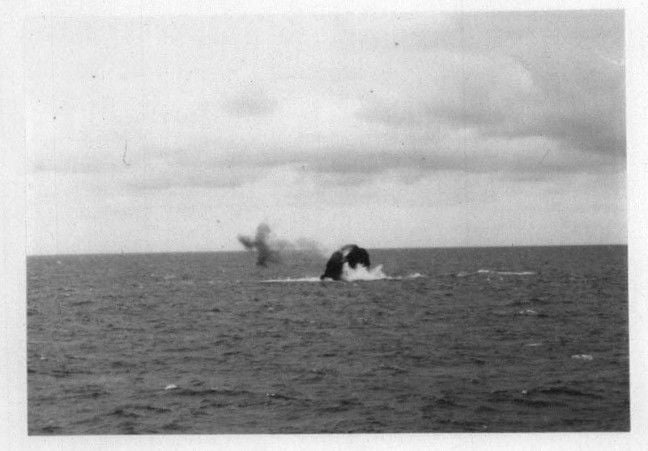 Bang! The immediate aftermath of Operation Top Hat on Rockall, 3.15pm, 13 June 1971. Note the splash of the displaced rocks landing in the sea 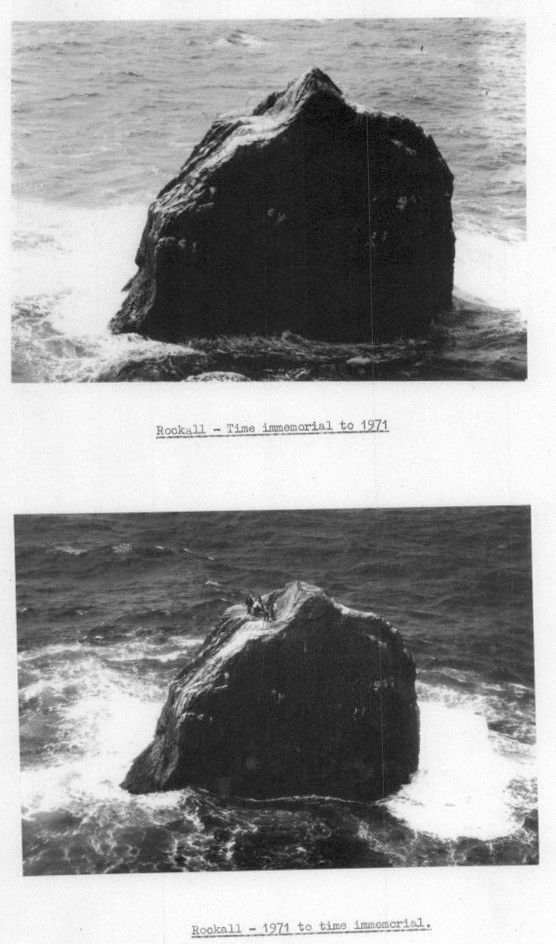 Rockall before and after the top five feet were blasted off by the Royal Engineers. Crown copyright

Following the decapitation of Rockall, the engineers drilled into the granite ready for the planned navigational beacon to be installed before sailing home to Portland on 15 June. Some naval wags had a little fun while they were on the islet: 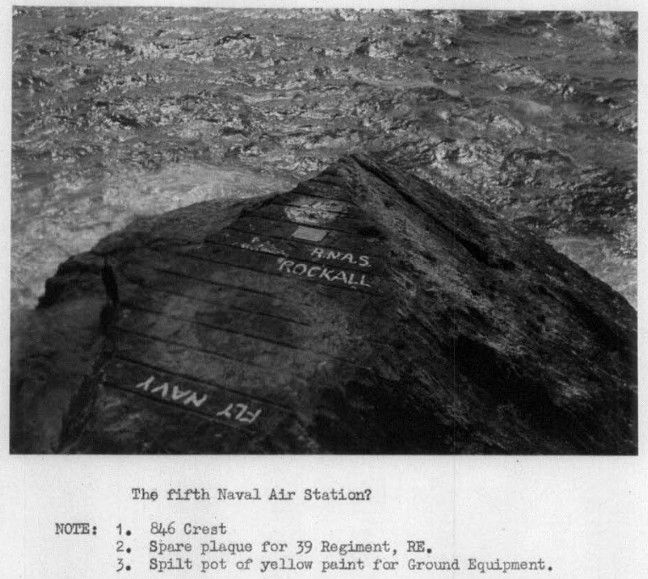 In the following year the Navy went back to install the navigational beacon, sailing aboard the Engadine once again. A very readable short account of that expedition can be found on the Historical Royal Fleet Auxiliary society website.

The full Navy report into Op Top Hat can be read on the Ministry of Defence website. (PDF, 32 pages)