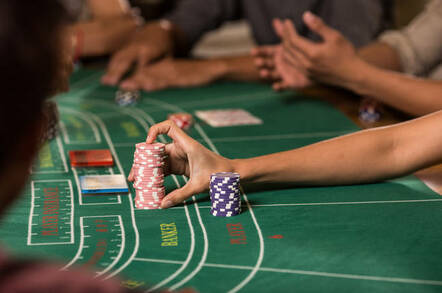 You know what's not a game? People's livelihood

In mid-February, Big Blue asked for volunteers among the UK ISD workforce to leave the business with a statutory minimum pay-off, but after a 30-day consultation, the requisite 30 heads had not come forward.

As a result, IBM will force more people through the corporate meat grinder in pursuit of higher profit - roles are being sent offshore to relatively cheaper locations.

In a note to staff, Debbie Hallows, veep of IS Delivery for the UK and Ireland and Mark Haldenby, client excellence leader for Global Technology Services, confirmed the vendor is to kick on with compulsory redundancies.

“We will be engaging in an employee consultation to discuss proposals necessary for the organisation to meet its business objectives,” the letter - seen by us - stated. The 30-day process is set to start on 23 March.

The same Employee Consultation Committee that was formed in the voluntary redundancy phase will remain in place, we are told. Sources questioned the validity of this, as staff were not given a chance to recast a vote to elect the people they wanted to represent them.

A legal minimum pay-off will be given those forced out of the door, our sources confirmed.

Staff will be given more details tomorrow on whether IBM has widened its scope, but the 30-day consultation indicates that between 20 and 99 heads will roll.

A similar cost-cutting programme is taking place elsewhere in GTS, with Technical Support Services techies entering into a compulsory redundancy consultation, despite 44 people raising their hands to go of their own accord. Clearly, IBM didn’t want some of those people to leave.

* A game of chance