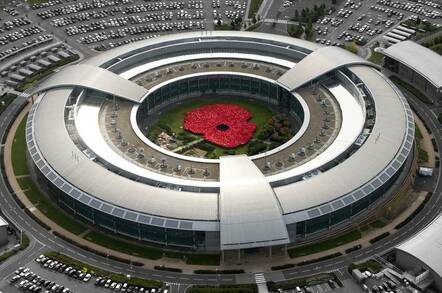 Jeremy Fleming, the deputy director-general of MI5, is to helm GCHQ following the surprise resignation of Robert Hannigan this January.

Citing "personal reasons", Hannigan informed the UK's Foreign Secretary of his decision to leave in an exchange of letters a couple of months ago. Even then, his departure came at a difficult time for the agency as its most prominent ally, the US National Security Agency, looked towards pro-torture President Trump as its commander-in-chief.

He also comes at an interesting time for the spy agency. Just over two weeks ago, on Twitter, the US president first claimed that his phones had been "tapped" by former US president Barack Obama. Last week, President Trump's press secretary Sean Spicer repeated accusations that GCHQ had been "wiretapping" the leader on behalf of the NSA, a claim initially made by Fox news "media commentator" Judge Andre Napolitano.

The US president on Friday maintained that Spicer had simply "quote[d] a certain very talented legal mind who was the one responsible for saying that on television".

GCHQ last week made an extraordinarily rare and firm public rebuttal of the claims, stating they were "utterly ridiculous and should be ignored."

According to a report [£] in The Sunday Times, GCHQ's future head has over 20 years experience at MI5 (officially known as the Security Service) and had "a role managing security" during the 2012 Olympics in London.

An unnamed source described told the Times, whose former staffer (before being dismissed for inventing quotes) Boris Johnson now heads the Foreign and Commonwealth Office and thus has ministerial responsibilities for GCHQ, that Fleming "will be expected to make a trip to the US very early on to seek reassurances from our partners."

"I don't think the rubbish being uttered by the Trump camp will affect the day-to-day operational co-operation between the UK and US intelligence agencies, but it'll be important to remind our partners there that more consideration and respect need to be afforded to the intelligence communities by the Trump administration," the paper was told. ®