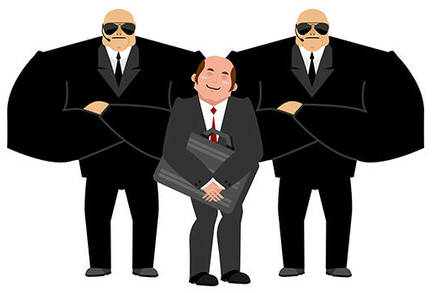 A determined effort to take action against the president of the European Patent Office, Benoit Battistelli, has faltered again thanks to some strategic maneuvering by his defenders.

In the lead-up to a two-day meeting of the organization's Administrative Council in Munich this week, a number of European countries made a concerted effort to push for a vacancy notice for the presidency, to be voted on and published at the next meeting in June.

Those countries argued that a more professional approach needed to be taken to find a replacement for Battistelli when his term is up in July 2018, and that process would require a year.

Many suspected that the real goal, however, was to turn Battistelli into a lame-duck president and so prevent him from forcing through any more of the changes that have caused an almost complete breakdown in communications between EPO management and staff.

EPO chair Jesper Kongstad made several efforts to derail that process by arguing for high voting thresholds. Under the EPO's rules, only a majority vote of the council is needed for something to be approved – something that was highly likely to be achieved in the case of publishing a vacancy notice for the job. But Kongstad apparently argued first that it would require a two-thirds vote (under the EPO's written notice process rather than a vote) and then that a three-quarters vote was needed, which is the threshold required to approve a new president.

Neither of those procedural tactics appeared to gain much weight, however, and so we understand that in closed-door meetings between government representatives, the challenge to Battistelli's position was beaten back by using the classic board tactic of making an unpalatable proposal from the other side and then agreeing to drop it in return for the other proposal being dropped.

In this case, it was a proposal that Battistelli's term be extended by two years – something that has happened only once in the EPO's 40-year history. Neither proposal made it through to the public sessions of the Administrative Council. Instead, representatives decided simply to continue with the status quo.

Rather than going through a broader and more public process to find a new head of the EPO, Battistelli's successor will be selected from candidates put forward by member states – the typical intergovernmental (some would say outdated) approach.

The end result is that Battistelli will stay on until the end of his term – something that even the president's greatest critics have conceded was inevitable – but will retain his ability to continue forcing through reforms, including disciplining and firing staff that argue against those efforts. The EPO's staff union labeled the result "depressing" in a note to its members.

With public criticism of Battistelli growing by the month, the EPO management team was more nervous at this meeting of the Administrative Council than the previous three – where the issue had also threatened to boil over.

That tension was seemingly released just moments after the council meeting closed however, with two of the EPO's vice presidents, Guillaume Minnoye and Alberto Casado Cerviño sending a scathing note to all staff claiming that their union reps had bad-mouthed their efforts in front of the council.

In a sign of just how toxic the relationship between the union and management has become, the two VPs claimed that the staff representatives had "publicly attacked ... the quality of the products delivered by EPO staff, without any evidence but unfounded allegations," as well as shown "a total lack of respect for the colleagues who have shown by their efforts and professionalism the capacity of the Office to improve the quality of the products and services of the Office."

In truth, what the staff reps had done is question the management's metrics over how well the organization was performing.

To acclaim at the council, EPO management asserted that patent reviews were up 40 per cent in 2017 while at the same time there were across-the-board improvements in quality metrics. They also claimed that overall well-being at the EPO had improved, and used a reduction in the number of sick days taken per employee as evidence of that.

Those doing the work see things very differently, however. The huge increase in work has come as a result of constant pressure by management and new, required production levels, which EPO staff complain have led to them having far too little time to do proper reviews.

The apparent increase in quality has come, staff say, thanks to the introduction of an entirely new system of measurement that the EPO management effectively controls and is artificially inflated to give a false sense of success.

And the sick days metric has come as a result of management practices that are actually illegal in the countries in which the EPO operates, but which the organization claims it is immune from thanks to its status as an international organization. For several years, staff have claimed that they are put under enormous pressure not to take a sick day. When they do they are subject to "inspections" at home from an official EPO representative.

Staff representatives did not question the EPO's glowing metrics as aggressively as that, however. Instead, they informed the Administrative Council that they felt imposing production levels was going to result in a lower-quality end product.

Under Battistelli, however, no criticism is tolerated, resulting in the aggressive response from his two lieutenants.

In short, the EPO continues to be an appalling place to work and it is likely to only get worse for the next year as the person at the center of the problems, president Benoit Battistelli, continues to be protected by a minority of supporters that use government representatives' unwillingness to create a stir to stop action being taken against him. ®