A router with a fear of heights? Yup. It's a thing

Cisco shipped PSUs that like it low and slow, which is bad news for mountainous networks 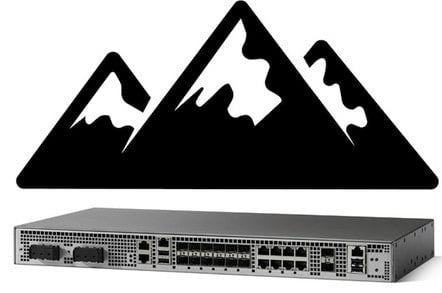 In one of the odder field notices The Register can recall, Switchzilla has revealed that “AC Power Supplies (A920-PWR400-A) shipped between September 2015 and May 2016 are only compliant for usage in elevations up to 2000 meters.”

Cisco says the ASR 920 is aimed at triple-play services and is “... optimized for remote access and smaller aggregation sites where a full-featured, small-footprint, converged platform is needed.”

And that's the clue about why the altitude rating of the PSU matters: these devices are going to go into smallish phone exchanges and data centres that may lack robust fire protection, or even roadside insallations. And at altitude, there's less air to insulate a PSU which heightens the risk of arcing inside a PSU.

That means the PSU shipped with the box represents elevated risk when used at elevation.

The problem's not trivial: Mexico City, Bogota, La Paz and Quito, capital cities all, are all above 2000m. So are thousands of smaller communities.

For customers who need to use the A920 above 2000m, Cisco suggests you “raise a Return Material Authorization” and request a replacement PSU. ®