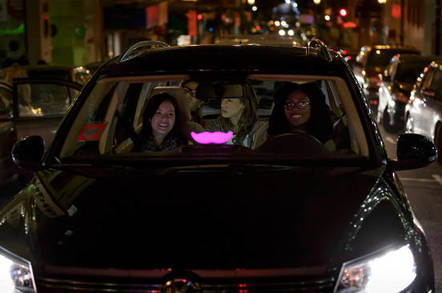 A federal judge has accepted a proposed $27m settlement to resolve a dispute between ride-sharing service Lyft and more than 200,000 current and former drivers in California.

The drivers sued Lyft in 2013 arguing that they should be classified as employees rather than independent contractors – the same issue that has dogged rival Uber in courts around the country.

By classifying drivers as independent contractors, Lyft and Uber shift the expense of payroll taxes, overtime, and worker benefits to drivers. With lower operating costs and venture funding, they are able to offer transportation at a price that's often below what taxi companies can afford to charge.

The settlement provides drivers with greater protection against being removed from the Lyft platform. Lyft has agreed to alter its Terms of Service so that it can no longer deactivate driver accounts for any reason. Instead, it will enumerate specific infractions that may lead to termination.

It will also pay for driver arbitration costs in the event of a dispute, and implement a pre-arbitration process to resolve issues without entering into a more formal process.

What's more, the settlement calls for creating a way for passengers to "favorite" a driver, resulting in benefits of some sort. And Lyft has agreed to provide more passenger data to drivers before they have accepted ride requests.

The settlement, however, leaves issues of employment classification unresolved.

In April last year, US District Judge Vince Chhabria of San Francisco rejected a proposed $12m settlement on the grounds that drivers might win more than 10 times that amount were a jury to determine Lyft's drivers should be designated employees.

In accepting the revised offer, Chhabria acknowledges that the compromise leaves issues unresolved. "The agreement is not perfect," he wrote in his order [PDF] approving the settlement on Thursday. "And the status of Lyft drivers under California law remains uncertain going forward. But the agreement falls within a range of reasonable outcomes, given the benefits it achieves for drivers and the risks involved in taking the case to trial."

"We are pleased the Court has taken the final step and approved the settlement agreement, which will preserve the flexibility of drivers to choose when, where and for how long they drive with Lyft, and enable consumers to continue benefiting from convenient and affordable transportation," a Lyft spokesperson told The Register.

In a statement emailed to The Register, Shannon Liss-Riordan, a partner at labor law firm Lichten & Liss-Riordan, PC, likewise expressed satisfaction with the outcome.

"We are very pleased to be at the end of this process," she said. "The settlement provides substantial benefit to Lyft drivers – both monetary and non-monetary."

Liss-Riordan said the settlement will pay thousands of dollars to Lyft drivers who have logged the most miles, amounting to around $1-2 per hour for every hour driven, or $2-4 per hour for those who drove full-time for Lyft.

The non-monetary benefits, she said, provide better job security and a grievance process for day-to-day issues, among other things.

"The question of whether the drivers are appropriately classified as employees or independent contractors will have to wait for another day," she said.

A similar lawsuit filed against Uber by its California and Massachusetts drivers remains unresolved after a judge last year rejected that company's proposal to settle for $100 million. ®