Gov.UK pulls plug on its YouTube ads amid extremism concerns 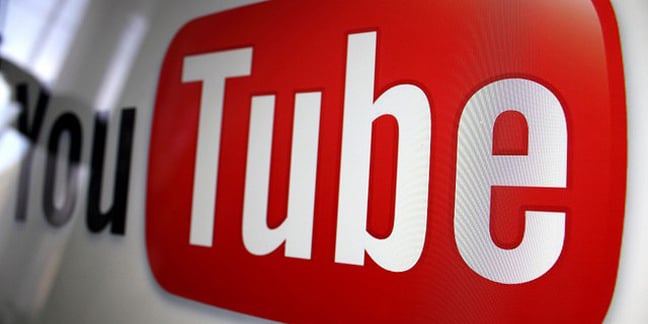 The British government has suspended its ads from YouTube amid concerns the content is appearing against "inappropriate" material.

A Cabinet Office spokeswoman said: “We have placed a temporary restriction on our YouTube advertising pending reassurances from Google that government messages can be delivered in a safe and appropriate way."

She noted that digital advertising is "a cost-effective way" for the government to engage millions of people in campaigns such as military recruitment and blood donation.

“Google is responsible for ensuring the high standards applied to government advertising are adhered to and that adverts do not appear alongside inappropriate content," she said.

“Google has been summoned for discussions at the Cabinet Office to explain how it will deliver the high quality of service government demands on behalf of the taxpayer.”

Earlier this week Google, Twitter and Facebook were accused by MPs of "having no shame" and engaging in "commercial prostitution" for making money out of objectionable content.

Labour MP Chuka Umunna noted that last year Google made $34bn in operating profit, adding that a person who posts a video makes $7.6 per 1,000 views.

He said supporters of Isis have been posting videos and tagging the option of making money from ads alongside videos "which makes them and you money."

Peter Barron, vice president of communications and public affairs at Google in Europe, the Middle East and Africa, said the firm has "no interest in making money from hate" but added "I do not deny it has happened [in the past]."

In a blog post today, Ronan Harris, managing director of Google UK said that while the company "strongly believes" in freedom of speech, it "recognize[s] the need to have strict policies that define where Google ads should appear."

He noted that last year, the firm removed 2 billion "bad ads" from its systems, removed over 100,000 publishers from its AdSense programme, and prevented ads from serving on over 300 million YouTube videos.

"However, with millions of sites in our network and 400 hours of video uploaded to YouTube every minute, we recognize that we don't always get it right. In a very small percentage of cases, ads appear against content that violates our monetization policies.

"We promptly remove the ads in those instances, but we know we can and must do more. We’ve heard from our advertisers and agencies loud and clear that we can provide simpler, more robust ways to stop their ads from showing against controversial content."

He said the company has begun "a thorough review" of its ads policies and brand controls, and will be making changes in the coming weeks to give brands more control over where their ads appear. ®