More Brits' IDs stolen than ever before

And the fraudsters making bank applications are doing so online 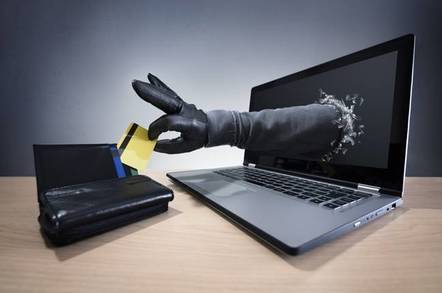 UK identity fraud has hit its highest recorded levels, according to a new report.

Fraud prevention service Cifas recorded 172,919 identity frauds in 2016 more than in any other previous year. Identity fraud now represents over half (53.3 per cent) of all fraud recorded by the UK’s not-for-profit fraud data sharing organisation.

Nine out of 10 fraudulent applications for bank accounts and other financial services were made online, Cifas reports.

Identity fraud happens when a fraudster poses as the innocent victim and attempts to buy a product or take out a loan in their name. Often victims do not even realise that they have been targeted until a bill arrives for something they did not buy or they experience problems with their credit rating.

The scam relies on access to a targeted victim's personal information (name, date of birth, address, their bank etc). Fraudsters get hold of this information either by running phishing attacks, social engineering over the phone or by buying it in bulk from other crooks on the dark web.

Cifas reports a growing numbers of young people are falling victim to identity theft. Last year brought in 25,000 ID theft victims under 30, and a 34 per cent increase in under 21s. The fraud prevention service has repeated its call for better education around fraud and financial crime as well as urging young people to be vigilant about protecting their personal data.

It's not only young people at risk. Last year saw increases in ID theft from victims aged over 40, with 1,869 more victims recorded by Cifas members.

Mike Haley, deputy chief executive of Cifas, said: “These new figures show that identity fraud continues to be the number one fraud threat. With nine out of 10 identity frauds committed online and with all age groups at risk, we are urging everyone to make it more difficult for fraudsters to abuse their identity."

Commander Chris Greany, national co-ordinator for economic crime, added: “With close to half of all crime now either fraud or cyber crime we all need to make sure we protect our identity.

“Identity fraud is the key to unlocking your valuables. Things like weak passwords or not updating your software are the same as leaving a window or door unlocked,” he added. ®