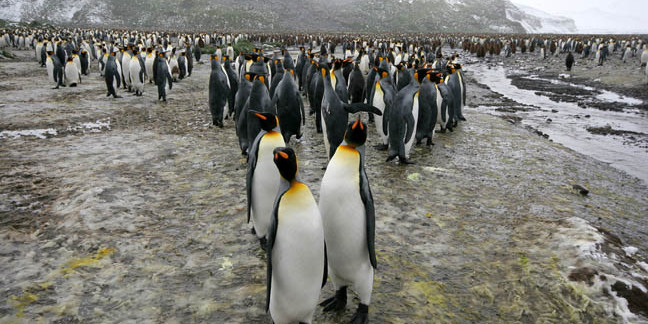 Canonical is extending the deadline for security updates for paying users of its five-year-old Ubuntu 12.04 LTS – a first.

All others have been end-of-lifed – and given no security reprieve.

Security updates for 12.04 were scheduled to run out on April 28, 2017 but that now won’t happen for those on Canonical’s Ubuntu Advantage programme.

They’ll now receive important security fixes for the kernel and “most essential” userspace packages on their servers running 12.04.

In what’s shaping up to be Canonical’s Windows XP moment over at Microsoft, the Linux spinner rolled out the lifeline because customers are clinging to 12.04.

According to Canonical, “lots of [Ubuntu] users" have 12.04 in production on “thousands of servers”.

The company said: “While it’s easy to upgrade to the next version of Ubuntu… we wanted to enable those that have big deployments of 12.04 more runway to plan effectively whilst still be assured of ongoing security support from Canonical.”

Cognisant of the problem this represents, Canonical has encouraged 12.04 penguins to jump to a newer iceflow.

Despite ESM, Canonical said it would encourage 12.04 customers “to think about upgrading before the end of April.”

Unlike Microsoft, which offered Windows XP holdouts extended support with the proviso they had a migration plan end date, Canonical is not making a migration data part of ESM cover.

Ubuntu 12.04 was Canonical’s fourth LTS and packed in a number of features at just the right moment in the ascent of cloud, helping establish it in the server room.

The Xen hypervisor, an industry standard, was included and supported for the first time. A new Ubuntu Cloud Archive feature allowed users to install new releases of OpenStack as they became available while Metal as a Service would automate deployment of physical servers running the competition – CentOS, RHEL, SUSE and Windows.

Also included was Any Web Service Over Me (AWSOME), giving AWS-compatible APIs for Infrastructure as a Service (IaaS), making it easy to deploy cloud services on Ubuntu-powered OpenStack clouds as well as on Amazon’s platform.

All these debuted just as cloud computing started its move beyond the whispering classes of the AWS elect – and as Microsoft struggled to get Azure up. ®