Tesla, Atlassian told to go through front door in effort to save Australian industrial civilisation 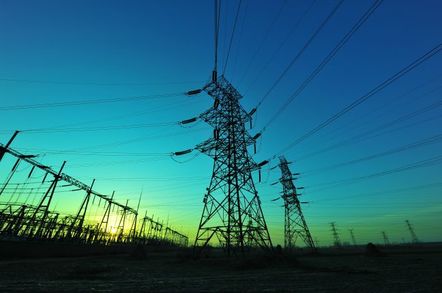 Sorry, Elon Musk: if you want to ship 100MW or so of battery so Atlassian's founder Mike Cannon-Brookes can save the Australian State of South Australia, you'll have to go through the boring process of a public tender.

The State today announced it will spend AU$150 million on the country's biggest grid-connected battery bank, plus $360 million for a 250MW government-owned gas-fired power station.

The cash splash is being made because the State's recently experienced blackouts. That's bad news for any government, but poison for a State in which auto-manufacturing ceases later this year and industry has been sand-bagged with a promise to build Australia's next submarine at a budgeted cost of $50 billion. That deal was done in order to stop the State's industrial base eroding with horrible speed.

Debate on that market's operation travelled all the way to America over the weekend, after Tesla's Lydon Rive told Australian media the company's Nevada Gigafactory could provide South Australia with its needs in 100 days.

That sparked a dudebro love-in: first Atlassian's Mike Cannon-Brooks offered over Twitter to arrange funding. Next, Tesla supremo Elon Musk said if Tesla got an order and failed to fulfil it in 100 days, the kit would be supplied for free:

@mcannonbrookes Tesla will get the system installed and working 100 days from contract signature or it is free. That serious enough for you?

As publicity, it was first rate, even scoring Musk a phone call with Australian Prime Minister Malcolm Turnbull. As process, it was never going to fly: governments are usually expected to run an open tender for contracts that big, and that's what will happen.

Industrial companies have been increasingly critical of the stability of the South Australian grid ever since last year's megastorm caused extensive blackouts.

In February, a heatwave blacked out around 80,000 households, to the fury of Weatherill when it emerged the Australian Energy Market Operator and generation company ENGIE declined to fire up a gas generator in Pelican Point, but rather ran a ham-fisted "load-shedding" operation that blacked out 60,000 customers more than needed.

While environmentalists are throwing their hemp-fibre hats in the air over the battery buy, it should be noted that Weatherill says both “conventional and unconventional” gas development in the state will be needed to feed the gas generator.

In the face of the inevitable “at least Elon and Mike got the debate going” remarks, Vulture South notes that grid-scale battery storage has been on the South Australian government agenda since at least 2015, when it announced its Low Carbon Investment Plan [PDF]. ®