Probably better to, erm, talk to them and do some parenting 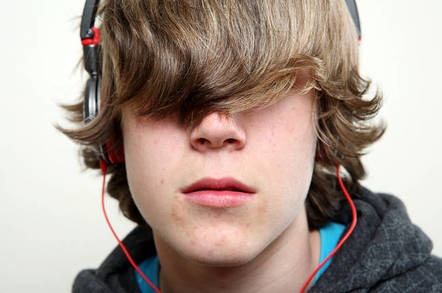 Researchers from the University of Oxford have suggested that, instead of rolling out internet filters, those who are concerned about what teenagers encounter online should spend some time helping their parents parent them.

The research paper, "Internet Filtering Technology and Aversive Online Experiences in Adolescents", was published today in The Journal of Pediatrics, and says the effectiveness of internet filters is "dubious". It goes on to suggest that resources would be better spent trying to develop the resilience of teenagers to such experiences.

Its lead author, Dr Andrew Przybylski from the Oxford Internet Institute (OII), said: "Parents may feel reassured knowing they have internet filters in their home, but our results suggests that such filters do not safeguard against young people seeing things that may frighten or upset them.

"We strongly believe that there is a need for more evidence to provide guidance on keeping young people safe online so policymakers, parents and those concerned with educating young people can support them in an appropriate way. The data suggests that future research needs to look carefully at the long-term value of filters and see whether they protect young people at a wider range of ages."

According to the university, researchers from the OII analysed Ofcom data from 1,030 interviews in the homes of 515 teenagers aged 12 to 15 years across the UK. There was broadly an equal number of boys and girls in the sample, and their parents were also interviewed about whether they had used technical tools to control or manage their child's access to online content.

Maybe goatse isn't as big a deal these days?

Less than one in six (or 14 per cent) of the teenagers interviewed reported they had had at least one negative experience online in the past year that they would class as significant, and only eight per cent said they had been contacted by someone online whom they did not know who wanted to be their friend.

While around 4 per cent said they had encountered another person pretending to be them online, only half as many saw something of a sexual nature that made them uncomfortable, suggesting that goatse isn't as big a deal these days. That only 3 per cent reported seeing or receiving a scary video or comment that made them feel scared suggests to The Register that the demographic doesn't spend much time reading the news about the government's plans to protect young people online.

Only a third of the parents questioned said they used content filters at home, with a quarter of the remaining breeders not knowing what content-filtering was.

The researchers' findings suggested that not only did internet filtering fail to mitigate the risk of young people having unpleasant online experiences, but also that technical ability to bypass these filters had no observed effect on the likelihood of such experiences. The paper reports the findings as unexpected as they don't support the presumption that internet filters in the home effectively protect teenagers.

While most major ISPs in the UK now add filters to new household connections as a matter of course, these are often costly to develop and maintain, and can accidentally block legitimate content.

The researchers say their main concern is that such filters may "over-block" searches for information about issues that are important for teenagers, such as alcohol, drugs, sexual relationships, health and identity, and may even have a "disproportionate" effect on vulnerable groups such as LGBTQ teens. Filters could even lead to "chilling effects" whereby young people preempt filtered results by self-censoring what they view.

Among the other effects of this unintended desire to stop teenagers web-searching for "big boobs" are the British government's proposals to force websites serving up adult content to verify users' ages, which has been criticised as an "unworkable proposal" by digital rights advocacy bods Open Rights Group.

"The Bill is in such a mess, there will now be three separate statutory instruments - to be written at some point in the future - in an attempt to patch it up," added Killock. "Parents and schools should focus on talking to children, listening to their concerns and educating them to use the web safely."

Co-author Dr Victoria Nash, OII's deputy director and policy and research fellow, added: "Given the risks of preventing access to legitimate information associated with internet filtering, our children and teenagers deserve to know that we have clear evidence for whether they are effectively before asking them to accept such restrictions." ®

Give 'bots a chance: Driverless cars to be trialled between London and Oxford

They'll be on the motorways as well

How about a nice game of ... Tetris? Oxford eggheads slow PTSD onset with classic game

Get out of Huawei, it's an avalanche of news from everyone's favourite Chinese bogeyman