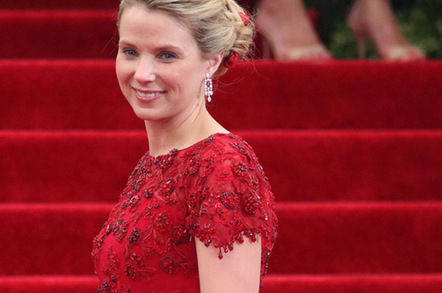 Marissa Mayer won't lead the remains of her beleaguered Yahoo! once telco giant Verizon gobbles up its core assets, it was announced Monday.

Verizon is in the process of acquiring Yahoo!'s star components, such as Y! Mail and Y! Finance, a move that will leave behind a shell biz called Altaba. Today it was confirmed Mayer will not lead Altaba once the Verizon deal is done. It's not clear if she will walk away completely or have a future at Verizon, which will continue to operate the Yahoo! brand just like it continued AOL when it bought the US ISP for $4.4bn in 2015. However, she will bag $23m when the Yahoo! acquisition completes, leading many to assume she will walk off into the sunset clutching her sack of gold.

Meanwhile, Yahoo! board member Thomas McInerney will take the helm of Altaba post-acquisition with a base salary of $2m – his long-term deferred compensation will be up to $24m.

Mayer will remain as CEO of Yahoo!/Altaba up until completion of the Verizon deal, and will receive a golden parachute of $3m in cash and $19.9m in equity, according to a regulatory filing today.

According the Yahoo! regulatory filing on Monday: "Marissa A Mayer and Kenneth Goldman will continue to be the chief executive officer and chief financial officer, respectively, of the company prior to the closing."

Verizon was due to buy Yahoo! for $4.83bn, but that price tag fell by $350m after it emerged the web biz was ransacked by hackers on two occasions.

Yahoo!'s board decided Mayer should not be paid her $2m bonus, after investigating a 2014 hack. It concluded that failures in communication and management "contributed to the lack of proper comprehension and handling of the 2014 Security Incident."

The cyber-break-in led to intruders snatching internal code that generates session cookies, allowing the miscreants to log into Yahoo! accounts without using any passwords. ®