Do you use .home and .mail on your network? ICANN mulls .corp, .mail, .home dot-word domains 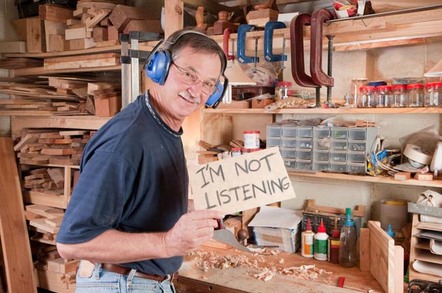 For five years, more than a dozen companies have been waiting to hear whether they will be able to run the generic top-level domains .corp, .home and .mail. And this month they finally got their answer: we're still thinking about it.

In a letter sent by the head of the domains division of DNS overseer ICANN to the 15 companies of the original 24 that applied for the dot-word domains, he acknowledges a letter sent to the organization's board nearly seven months ago.

That letter, signed by the companies that have paid ICANN over $4m in application fees, demanded that a decision be made about whether the extensions will be allowed to move forward. "The facts now make the continued moratorium on the launch of these gTLDs no longer reasonable," the letter reads: "Such a ban does a great disservice to applicants, the community, Internet users worldwide and to ICANN itself."

ICANN's response could not be more offhand. "Please note that the topic of name collision continues to be considered by the ICANN board," writes Akram Atallah, giving no indication as to when that consideration will actually happen.

The belated letter is an effort to head off angry scenes at ICANN's conference this week in Copenhagen as the organization begins to draw up revised rules for a new round of applications while some of the original applications remain in limbo.

There was good reason to put a hold on the applications. After ICANN received over 1,900 applications for 1,409 different names back in January 2012, it tried to find ways to break them up into different groups to make processing easier.

These three – corp, home and mail – were put into a special "high risk" category because of the extensive use of each of them in private networks. Sysadmins often use these names within their corporate networks and so the risk of adding them to the public DNS was something ICANN decided needed to be looked into.

They were put to the back of the queue while hundreds of other applications were reviewed. Then, two-and-a-half years later, ICANN finally produced a pseudo-policy [PDF] to deal with the names. That document worries about "where the administrative boundaries of private and public namespaces overlap and name resolution yields unintended results, present concerns and should be avoided if possible."

And so it cites three different sources from whom it will gather expert opinion before making a decision: ICANN's own Security and Stability Advisory Committee (SSAC) who were looking at so-called "dotless domains"; the Internet Engineering Task Force (IETF), which will look at IPv6 implications; and the ICANN board, which will look at recommendations made in a report on name collisions by JAS Global Advisors (the JAS report).

Fast forward another two years and the applicants for the three names have tired of waiting, and so sent a letter to ICANN's board saying enough's enough, let's move forward.

On a road to nowhere

In the letter [PDF], they point out that the JAS report is over two years old and that its main recommendation was that the issue be referred to the IETF – something that ICANN had already said it planned to do.

They also point out that the main issue of concern – public/private crossover – was mitigated back in 2015 when certificates were reassigned to internal names and IP addresses. And they point out that the fears expressed in ICANN's JAS report were "grossly overstated" – none of the concerns in the report have played out as over a thousand new extensions have been added to the internet's root.

As for the IETF, which has yet to reach any form of agreement on the names, "it is now evident that the IETF has not and is not likely to recommend indefinite Reservation," the letter states.

Despite the letter to ICANN being sent seven months ago, the companies only received the non-committal response last week – just before ICANN's latest public meeting where attendees will start drawing up the rules for the next round of applications.

All the applicants for .corp, .home and .mail already run multiple other internet extensions under contract with ICANN and had threatened to make things very difficult for ICANN if they attempted to move ahead with new names without making a decision about their five-year-old applications.

But, as had happened hundreds of times in the past, ICANN's staff have fallen back into the well-worn organizational grove of procedural delay, relying on the organization's almost complete lack of accountability to ride the storm.

In the meantime, the applications – and the millions of dollars from the applicants that remain in ICANN's coffers – will stay in domain purgatory. Amazingly, this isn't even the first time ICANN has done this.

When it opened its applications back in 2012, there were still some applicants from an earlier round in 2000 that had not been given a clear answer about whether they could proceed with their applications.

After years of letters and complaints at public meetings, ICANN eventually offered something: a discount for former applicants over new applications: $86,000 off the $185,000 fees but with no guarantee they would get their name.

One of the earlier applicants, Image Online Design, which had applied for .web more than a decade earlier and paid $50,000 to do so, was not impressed with the offer and sued ICANN, claiming trademark infringement.

Another – Name.Space – also sued ICANN for trademark infringement and anti-trust behavior, claiming it had run dozens of top-level domain names outside of ICANN's version of the DNS that it has rights to.

As for the 15 companies waiting to hear what will happen to .corp, .home and .mail ... "We will update affected applicants if there is activity that directly impacts their application," the letter from ICANN staff concludes. "Please do not hesitate to contact me or a member of Global Domains Division leadership with any questions." ®