CommVault and Veeam both sign up in a week, which Cisco says is a total co-incidence 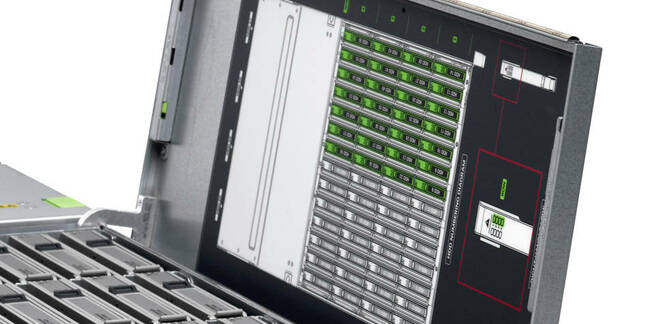 Cisco's UCS-S storage server, now in the tender care of Veeam and/or CommVault should you please

Cisco's pals are excited that The Borg has signed them up for new data protection bundles.

Neither bundle is startling: each company has taken its tried and true data protection software, had it validated against Cisco's stacks and can now point to recipes for servers, switching and storage on which their data-wrangling code will work without having to tweak a single nerd knob.

Both software vendors are proud as punch to be the first to have reference architectures signed off on the stacks each addresses. And both claim impressively swift implementation, robust data-handling and faster everything, even if that speed comes from using APIs anyone else could wield if they choose to do so. And in the case of Veeam-on-HyperFlex, the that speed is as much about the fact hyperconverged servers have their storage inside, instead of having to traverse a network to reach a SAN.

The Register wondered if the fact two of these designs came along in short order might be a sign Cisco feels its converged and hyperconverged systems might lack a little finesse when it comes to backup.

Rodney Hamill, Cisco's director for data centre in Australia and New Zealand poured cold water on that theory, telling us that “To my knowledge, the timing of these announcements is purely coincidental. Also, I have not received feedback from customers that Cisco’s stacks are hard to back up and anything to the contrary would be news to me.”

But Cisco's stacks are now just a little bit easier to back up, which may help it to meet its goal of accelerating sales after calling out slow hyperconverged sales in its second quarter results admitting it was too slow to realise the market was keener on rack-mounted, rather than blade servers. ®