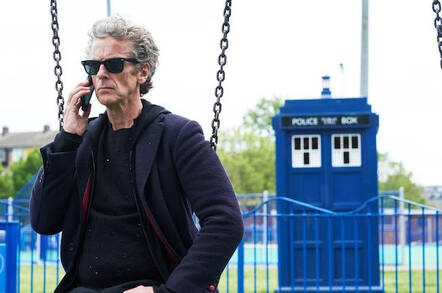 Never mind the Zygons, it's the British invasion...

Analysis In the end, after a year waiting for the service, BritFlix has become BritBox, an OTT service which the BBC promised a while back, as a follow-on to its failed global iPlayer initiative. This will have been stimulated by the relatively new relationship between AMC Networks and BBC Worldwide – effectively AMC said (to OTT): "Come on in, the water's fine".

The surprise package is that the"awful" ITV player service will also provide its content to the new SVoD, aimed at Anglophiles and expats alike. The ITV content is fine, but its ITVPlayer UI in the UK is little more than an afterthought compared to other free to air catch up services.

ITV will contribute its more successful archive content to the BBC’s and together they will charge $6.99 per month, after an introductory free trial period, on the web, an Apple TV, iPhone, iPad, and Android, with Roku and Chromecast versions due out shortly.

When we first heard about this service we were scathing, as it had only taken 10 years of doing OTT content for the BBC to even consider a paid service. In conversations, back in 2004, we told the BBC to sell its content outside of the UK. The reply was that BBC Worldwide had lots of channel relationships and that it would not do anything to jeopardize its UK government licensee fee status, which enabled the BBC to charge some $5bn a year to the British public. In the past whenever the BBC has made money, it has been told it would get less money from its primary source, so it has avoided making a profit on original content as much as it can.

But politically things have changed for the BBC, with the current government initially looking to remove its charter and eliminate constant license fee increases, which outstrip and intimidate the free to air TV community in the UK. In the end the BBC narrowly had its charter renewed, but was told to focus more on content for minorities, with greater scrutiny from the National Audit Office and regulator Ofcom and was actually told to get into SVoDs. It now has 11 years before that issue is considered once more and it perhaps feels that exporting its content through a paid SVoD is worth pursuing.

The content is a collection of popular fiction and TV series from the past, but also 24 hour delayed current live TV. It listed noteworthy content such as comedies like Blackadder, the UK version of The Office and Gavin & Stacey with a huge number of police dramas and detective series, and of course historical costume dramas.

It will be available US wide from day one and is being led by ex-Vivendi exec Soumya Sriraman, who will be President of BritBox.

AMC will be an investor and will no doubt offer much useful advice, given that it runs a successful SVoD in the US already. If this move is a success, the BBC could launch globally at some point. The BBC’s income is around $7.75 billion with $5.7bn collected from UK householders and $1.57 billion from the BBC’s commercial businesses plus a few government grants and some DVD and DVD rental and royalty collections from overseas broadcasts and online services.

About $1.2bn in total comes from outside of the UK, but that’s mostly through BBC Worldwide re-licensing programmes. We think that as US TV goes SVoD, some of those revenues are at risk anyway, which has perhaps steered its hand.

Everyone else stuck with working version