Force employees to take DNA tests for bosses? We've got a new law to make that happen, beam House Republicans

Give us your genes or pay 50% more for company healthcare 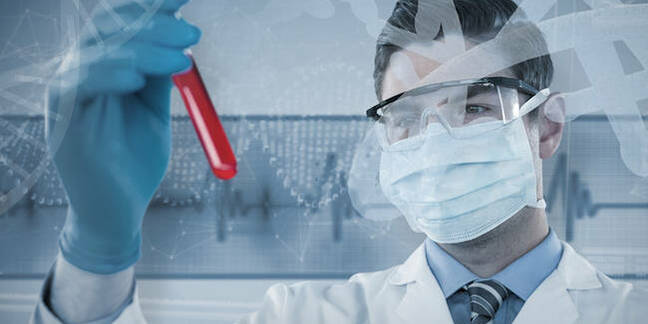 Amid the attention on the new US administration's healthcare plan, a law has been proposed that would force employees to hand over their genetic information if they want company health insurance.

House bill HR 1313, dubbed the Preserving Employee Wellness Programs Act, was introduced by Representative Virginia Foxx (R-NC) and would allow employers to request genetic data from workers – and their family members – if they want their health insurance covered. It wouldn't be mandatory, but those who refuse could see their health costs rise by up to 50 per cent.

Genetic information is protected under the Genetic Information Nondiscrimination Act and the Americans with Disabilities Act. The proposed legislation would do an end-run around these protections.

"Preserving wellness programs and ensuring employers have the legal certainty they need to help lower health care costs for workers must be part of the process of repealing Obamacare and replacing it with patient-centered solutions," the bill's fact sheet [PDF] reads.

There's an increasing amount of genetic testing being done to check if people have a likelihood of getting certain types of diseases. Such tests can be useful for doctors, who could keep a check on possible early symptoms. But now employers want to get in on this data.

"If enacted, this bill would force Americans to choose between access to affordable healthcare and keeping their personal genetic and health information private," said Dr Derek Scholes, director of science policy at the American Society of Human Genetics.

"Employers would be able to coerce employees into providing their genetic and health information and that of their families – even their children."

Since the majority of Americans who have health insurance get it through their employers, companies are taking an increasingly intrusive line when it comes to staff health. This can include lifestyle questionnaires and weight-loss clinics. One former Reg hack who moved on to a US giant was asked for a blood sample so bosses could check his blood sugar levels (and possibly other things).

The House Committee on Education and the Workforce, chaired by Representative Foxx, advanced the bill on Wednesday, with all 22 Republicans on the panel supporting it and all 17 Democrats opposed. It will now move on to the House Ways and Means Committee before being submitted for a legislative vote.

During the process, Democratic Party members tried to introduce a number of amendments to the legislation, including:

"Through our support of HR 1313 and other positive reforms, Congress can provide Americans with a patient-centered health care system that delivers more choices, lower costs, and greater control for working families."

Representative Foxx's office declined to comment on this story. We note that this bill is not a done deal: it could die during the committee stages or fail to find support in the Senate. ®

A spokeswoman for the House Committee on Education and the Workforce has sent us this statement.

We believe working families should be empowered with that choice, and so did the Obama administration. It is another sad reminder of just how extreme the Democrat party and their liberal allies are becoming.