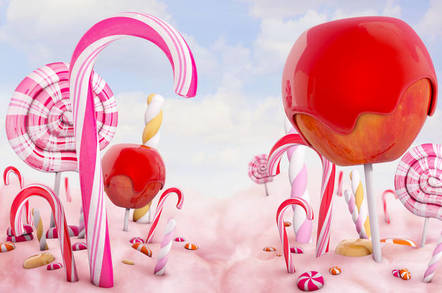 Google Next '17 Google has rolled out a slew of new additions to its Cloud platform, including public release of the Cloud Functions serverless code set.

The real-life Hooli says that it hopes the new features and services strike a chord with developers and companies hoping to migrate from on-prem systems.

Part of the news is the move of Cloud Functions into public beta. Announced last year, the serverless code platform allows users to set rules or alerts that can then be automatically triggered. The Google counterpart to Amazon Web Services' Lambda, Cloud Functions looks to be particularly useful for mobile apps and for delivering alerts.

Also targeting developers is an expansion of support on App Engine. The bring-your-own-code cloud service now supports code from .NET Core and PHP 7.1, in addition to Ruby, Python, Node.js, Java 8 and Go.

On the security side, Google is now offering tools to help companies automatically spot and censor personally identifiable information. The Cloud Dataprep tool allows companies to set rules for what information (such as credit card or social security numbers) they wish to filter out, then automatically detect and redact that information before the records are uploaded and queried. Google Cloud is also adding tools that allow administrators to manage and enforce the use of security keys directly in applications without the need for additional services.

The Cloud servers themselves have also gotten an update. Google says it has begun running servers powered by Intel's Skylake processor and VM instances now max out at 64 cores and 416GB of memory, with plans to add more cores and 1TB RAM capacity later this year.

Google is also looking to expand its BigQuery service, adding integration with YouTube, AdWords, and DoubleClick accounts. This will allow companies to import and query data from all three services when they make their marketing plans.

Urs Holzle, Google senior VP for technical infrastructure, said the Chocolate Factory has sunk more than $30bn into building Cloud over the past three years. That investment includes an expansion to 11 regions housing 50 individual zones for hosting Cloud VMs. In the coming year, Google says it will be opening new regions in Sydney and London, with plans also underway for facilities in the Netherlands, Canada, and California.

The additions are part of Google's ongoing effort to win over companies that are not yet committed to the likes of AWS, or that might be disgruntled enough with Bezos' Bunch to defect. The Chocolate Factory is painting itself as the more flexible cloud carrier, touting features like customizable VMs and plans that don't carry a long-term requirement (though Google will give a nice discount to those who do sign up for a three-year commitment). ®

My box is bigger than your box